The internet has noticed and included Disney memes in their meme world.

The Disney entertainment studio was established in 1923 by an American animator, voice actor, and entrepreneur named Walter Elias Disney. The studio is a billion-dollar company that has entertained us for almost a century now.

The Disney studio brought all the fairy tales into our life. It has made us laugh, cry, and always left our hearts in awe.

The studio makes Disney animation movies and has its hands on other kinds of stuff as well. For example, they have built Disneyland, resorts, games, music, etc., which are all based on the famous Disney characters.

While the movies are all great, the fans could not help notice some of the stuff about them. For example, many Disney princesses want to marry a guy whom she just met. As an adult, you can find many defects in these movies made for children.

Here are some of the funniest Disney memes for your enjoyment.

What can I say? Some girls are really good at editing.

Check out: Confused Memes that are trending right now.

Princess Anna behaved like an actual princess. No wonder people love her.

In Cinderella, the Fairy Godmother takes away everything after midnight. But ever wondered about how the glass shoe still remained?

There are a lot of Disney princesses who are so eager to get married. But Queen Elsa is right. You can’t marry anyone in a rush.

Any fans of Monsters, Inc. out here?

Some scenes from the old Disney movies were very cringy. Like in The Lion King movie.

It is quite a struggle with long hair.

Okay, think of a meme with Frozen and Harry potter mixed. Imagine how epic that would be! Well, you don’t have to imagine anymore cause we found one for you.

I can’t unsee this.

Ikea is the best place to go for some furniture shopping. So Bella should take the Prince there. It would be a great story too.

Come on, beast, you know how to make her happy!

Snapchat filter is a lifesaver if you can’t do makeup or feel too lazy to do it. But after making some snaps, as soon as the filter is off, seeing your natural face must be disappointing.

Have a look at some Ben Affleck memes.

Sometimes, the internet just breaks your heart after posting pictures like this. Please tell me this is not real.

Traveling is so much fun. You take so many pictures, and you can’t wait to share it all on social media immediately. But there’s no reception, so you try to get one. At that time, you look like Mufasa holding Simba.

Zootopia is such an underrated movie. It is inspiring as all Disney movies are, and yet it also has its comedic scenes. Like this one right here.

Some people are more into books than getting a man and marrying. Different people have different goals.

Check out some Collections of 9/11 memes from the internet.

Sid is now a toy too.

Flynn Rider was such a great male character that Disney created. He was frank and straight forward which is something that wasn’t so common in Disney movies.

I am just glad that I wasn’t the only one thinking about this. Did you think this too?

This is why Disney would never cast me. But if any one of you has a great voice, then try your luck at Disney.

It must be hard to be in a situation like this. *Cries in loneliness*

Find out Best Avatar the Last Airbender Memes on the internet. 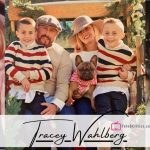 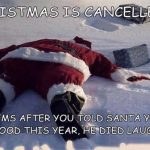