Here we go again memes for your entertainment

Here we go again memes are rocking the internet nowadays.

How many of you know a game called Grand Theft Auto: San Andreas? I used to play this game all the time. It was so much fun as a kid, and I miss it so much.

And do you know who else missed it too? The internet. That is why the Here we go again memes started to appear. It is a meme based on this video game. The player says the dialogue in the 2004 video game.

In 2015, the famous scene was used by many YouTubers as a reaction to things. It became a catchphrase among them. It was in 2017 when the meme started to emerge. And the internet loved it. People began to add their own version, and soon it was all over the internet.

So we have gathered some of the best. So here we go again, memes for your enjoyment.

Also, check out some ‘Big Brain Memes’ best on the Internet.

After a long summer vacation, you had to go back to school. It was always frustrating when you had to return. All those days with no homework, no scolding grom teachers, just endless fun, all go to an end. Then you have to go back to those days all over again. This meme captures that feeling.

Who here hasn’t watched the Titanic? You all know how it ends. That ship, no matter how it was made, just didn’t have the luck to survive. To make matters worse, people are building a replica of the Titanic. All I can say is make sure you keep an eye on the iceberg.

Sometimes, you gotta make sure it is properly clean.

Thanos had the dream to erase half of the universe and rule the other half. But the Avengers would not let him do that. So they kept coming in his way and fought for justice. I am pretty sure Thanos was exhausted at this point.

Japan lost so much during the fight with the states. So if there were to throw another bomb as well, Japan would have to go through it all over again.

Who takes online classes seriously anyway? They can wait.

The medical fees in the states are unbelievably expensive. You could be charged thousands of dollars just for minor injuries. So getting sick or injured in the states is not the luxury people there can afford. This meme captures the feeling.

A loop of Here we go again meme.

If you have done something stupid, then don’t ask the girls what happened. You should already know that. Even if you do ask them, they will say it is nothing. And since you can’t read their mind, you will make the situation worse. Because now the girls have to tell you themselves.

Any ABBA fans out here?

It is hard to be a peacemaker sometimes, especially if the fighters themselves don’t want peace.

Check out the 40 funniest Steve Harvey memes on the internet.

It is almost January. Just a month to go and a new year begins. But you get every year right?

The only best thing about the semester is that it ends. No one wants another one for years and years. But when you are in college, you kind of have to get yourself habituated.

Get the Chinese far from the lab. We have had enough already.

Wait it is still alive?

I don’t understand why parents do this. It is so frustrating.

Visit for collection of memes. 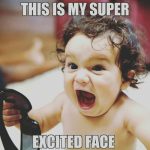 Next Story
Happy Dance Memes to capture your dance moves