Originally released in 2001, Animal Crossing is a social simulation video game series where the player that is a human character lives in a village where various anthropomorphic animals live. The human character engages in different activities such as fishing, fossil hunting, and bug catching.

Conceptualized by Katsuya Eguchi and Hisashi Nogami, Animal Crossing has proven to be a huge commercial and critical success ever since its initial release in 2001. A total of five Animal Crossing games have been released to date. Similarly, three spin-off games of the social simulation video game have also been released.

Animal Crossing is hands down the best game ever. There is definitely no argument about it and if anyone disagrees, you know what to do even if they’re your own kid.

Nothing is as pleasing as when the right sound comes when you’re fishing in Animal Crossing. It is almost like an out-of-the-world experience.

Let’s be honest, Tom Nook is one of those Animal Crossing characters that we all love to hate. Thus, when the much-hated Tom Nook threatens to leave the Island, we are all bound to rejoice a little bit.

DaisyMae is such an adorable character. Therefore, even after being burned by the Stalk Market, all of us are ready for the cute DaisyMae to hurt us all over again.

This one is for all the hardcore Animal Crossing fans out there! we bet you are going to get a chuckle out of this one.

If you love Animal Crossing and iCarly, this one is for you! This meme is truly the best of both worlds.

While most Animal Crossing enthusiasts will surely understand and appreciate the meaning of this meme, this might end up being a little confusing for all the Animal Crossing amateurs. If you fall in the latter category, NPCs stand for non-playable characters.

“If they are considered friendly neighbors, I’d rather have no neighbors at all.” This is probably what most Animal Crossing fans will say after seeing this meme.

Admit it! We have all wanted to do this to Gulliver at one point or the other while playing the game.

Why would anybody want to hurt these precious beings? Just look at their adorable faces.

Everyone feels a little stressed from time to time. Furthermore, it seems like stress is the one thing in common between Animal Crossing characters and us mere morals.

Let’s just agree once and for all! Tom Nook is the absolute worst and nothing feels better than to spite our most hated character.

At this point, everyone in the world should adopt the Metric system. Yes, USA we’re talking to you!

No truer words have ever been spoken. Isabelle would most definitely develop a God complex if she got her hands on the death note.

When Blathers analyzes your painting for over thirty minutes and tells you that it’s fake, doesn’t it just make your blood boil? Isn’t this one of the most frustrating parts of Animal Crossing?

This meme really captures the feeling that we feel when we find three regular kinds of wood from a tree in Animal Crossing. Honestly, it is the best feeling ever!

Oh, Gulliver! You naive little being!

Come on, Isabelle! After all the efforts put that we put in, at least mention our accomplishments a little briefly.

All of us Animal Crossing fans know this feeling a bit too well. Getting caffeinated so that we can stay up all night and enjoy Animal Crossing after the New Horizons update!

Now, this meme is for all the introverts out there! If only real-life interactions were as easy as interacting with strangers on Animal Crossing.

Don’t ever evict Animal Crossing villagers for being ugly. What difference will there be left between us and the landlords if we do so?

Sometimes just watching your villagers on the title screen is even more rewarding than actually playing the game. Isn’t this meme so accurate?

Out of all four, we think that Tom Nook would have a blast if he were on Tinder. Just look at how he’s flaunting his wealth to get the attention of all the girls!

The animals cross! That’s what they do. How else are you supposed to explain it to someone who has never played the game? Also, we love the Gossip Girl reference in this meme.

There is no doubt that the flowers in Animal Crossing are beautiful. However, the weeds are the underappreciated beauties of the game. We can totally understand why someone wouldn’t eant to pick them. Seems like Marge Simpson agrees!

Tarantulas are calm creatures despite their size! NOT.

To be honest, these options should be made available on all dating platforms now. Long gone are the days of being a male or female seeking a partner of the other gender. Us Animal Crossing fans now identify as an Animal Crossing islander seeking 30 iron nuggets.

The answer is three. Always!

Girls, if you’re boyfriend is an Animal Crossing enthusiast, chances are that no other girl is on his mind. Sadly, even you aren’t on his mind. Honestly, we don’t know if this should make you happy or sad.

While finding tarantulas are comparatively harder than finding fish, selling a single tarantula is definitely much better than selling tons of fish. Doesn’t it make you feel like Spongebob in this meme?

This has to be the most hilarious out of all the Animal Crossing memes. It really captures Blathers’ true colors, doesn’t it?

When you have been waiting for this exact moment, nothing beats the happiness when it actually happens! Bernie Sanders seems to understand.

Now, that is a plot twist none of us expected! In this scenario, we are all Joey Tribianni.

The Office has so many meme templates and this one of Dwight is the best of the lot but what makes it even better? An Animal Crossing reference, of course!

You can either be the first one or the second one! Let us know which?

All the Animal Crossing fans are going to relate to this one! Isn’t this your exact expression when this happens?

The next time you are unable to catch fish despite casting lure in a good position, just sing this song. We bet it will make you feel a little better about your failures.

You are going to hate it the next day. In fact, don’t even bother terraforming the entire island. We’re just saving you from a lot of trouble and disappointment.

Ladies, if you’re man lives in an apartment like this, move on! There’s plenty of other fish in the sea.

Oh, how the tables have turned!

While we can play Animal Crossing all days of the week, Sundays just hit differently. All fans can agree!

If only convincing them was as easy as the meme shows it to be! How wonderful would that be?

Don’t you just hate it when this happens? Stanley’s eye roll says it all.

This is just so accurate! All of us diehard Animal Crossing fans can definitely relate to this.

We’re all sorry! We hope you forgive us.

The clothes in Animal Crossing are the best! Splurging on them is undoubtedly our guilty pleasure too.

Why do the villagers have to be so stubborn sometimes? Please, just let us terraform a river peacefully. We beg you! 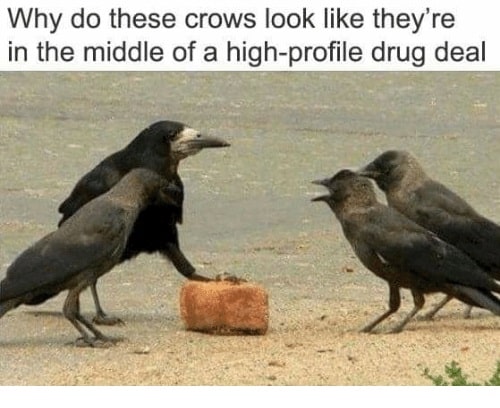 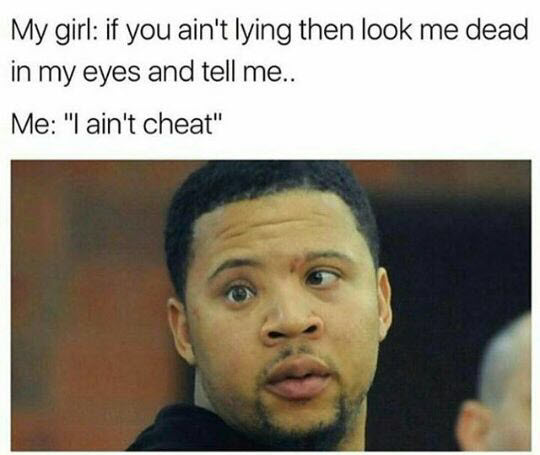 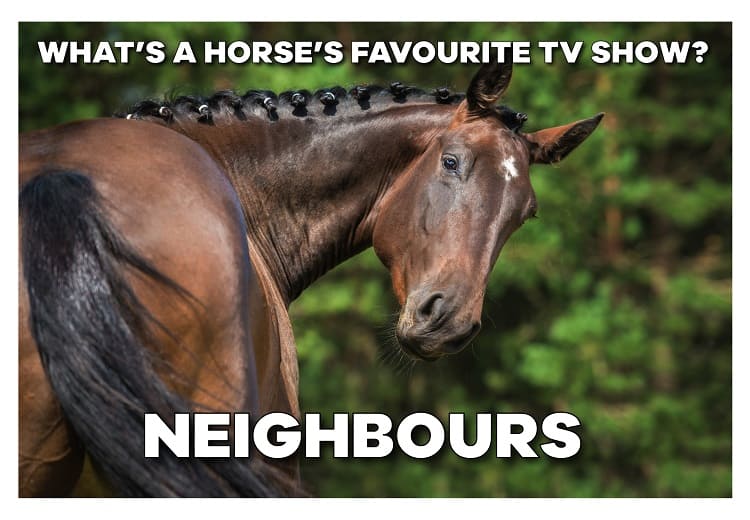 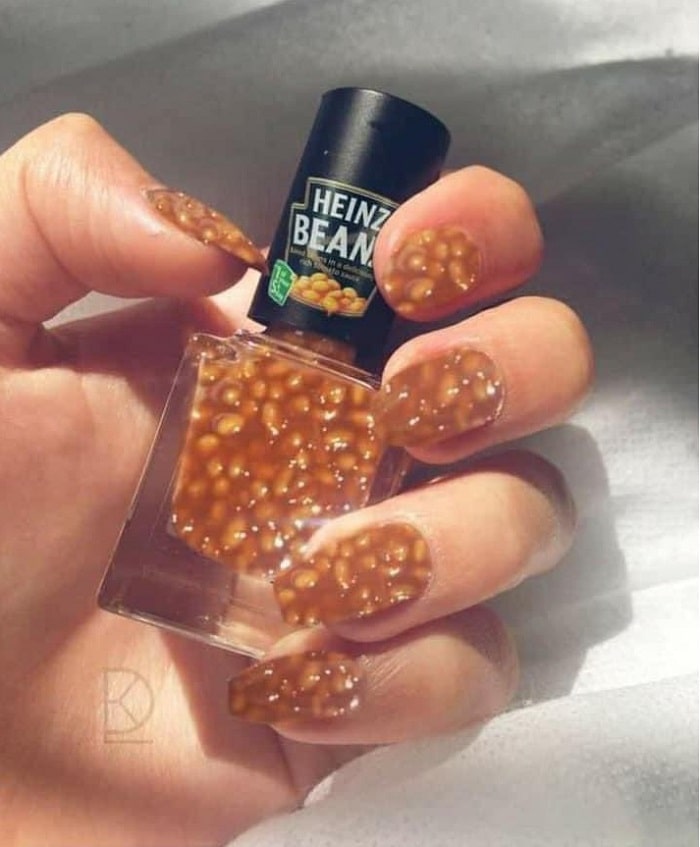 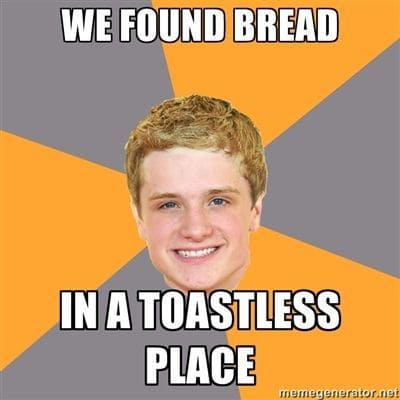