The ATF memes often make headlines as soon as new gun bills are proposed in the nation. Although the news holds several tragedies and mishappen, humor comes in a different form.

ATF, aka the Bureau of Alcohol, Tobacco, Firearms, and Explosives, is responsible for investigating and preventing federal offenses. It often includes preventing unlawful manufacture or use of firearms and explosives and illegal trafficking of tobacco and alcoholic products.

Lately, they have been a topic of memes because of the way they are working to fulfill their responsibilities. The majority of ATF memes circulate the task involving gun confiscating, standoffs, and, more importantly, dog shooting.

The origin of the ATF meme can be traced back to the date where the case of Ruth Ridge and Waco took place in Texas. People were triggered by the shooting of family members as well as an innocent dog at the crime scene.

As a matter of fact, there is a federal agent policy that allows ATF members to defend themselves from the animal that attacks them. Unfortunately, more often, the animals happen to be dogs which are kept to restraint the agent from catching the perpetrator.

In such a situation, ATF and other agencies will shoot the dog for no reason at all in the name of their safety. Hence the shooting of the dog has become one of the major topics for memes.

In addition to this, people tend to enjoy the meme about the boating accident. The reason why it has been circulating thought-out the internet is because of its weird law.

Talking about the boating accident, if the ATF ever comes knocking at your door to collect your guns and weaponry, you can just hide them somewhere they can not find them.

If they ask you how you were able to lose them in the first place, then you can use the boating accidents as an excuse and secretly keep them. Such type of meme has been popular all over the country and has been gaining a wide range of attention.

Here are some of the chosen ATF memes that will put you at the edge of your seats. So please fasten your seat belt as we are going to take a ride on some of the wildest, craziest, and fiercest memes on the internet.

When you literally mean “All eyes on you.”

Maybe we should give them a chance to explain but we don’t think they know what chance is.

Me who is desperately waiting to chokeslam the ATF.

When your boss orders you “No matter what, hide the guns” although the ATFs are right behind you.

The master plan we all hated. The government did not even bother to give the proper story.

The uncle should have come with him too.

Dog or Ferret it hurts you the same.

We may not be good in the study but we are a veteran in making explosives.

You never know when ATF will come but they are always behind you.

That is one heck of a drift.

Well, now it does not.

Yes, clear as a day.

ATF: Therefore you deserve a death like a dog,

It appears that ATF’s put a lot of time into the killing and less in thinking.

Those are my son’s toys. Isn’t it nice?

At this moment the level of anxiousness has no boundary.

Another weapon in the town.

Life can be hard but it leads you to another path. 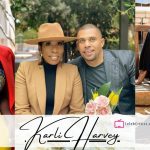 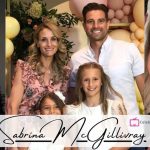