Who is Brandon Blackstock?

The biography of Brandon Blackstock will surely make you realize that Life is beautiful everywhere, living is tough!

The sure thing about this saying is that Life will always be challenging, no matter how perfect you are. So the only thing you ought to do during tough times is to be patient with it and remember that time sure passes away.

Despite all the perfection in the celebrity world, people separate, and families break. Similar is the case with Brandon Blackstock’s Life. He is famous these days for divorce with his wife, Kelly.

His father is Narvel Blackstock, and his mother is Elisa Gayle Ritter. He was born as the grandson of Narvel Leroy Blackstock and Gloria Blackstock.

Brandon has a stepmother Rebecca McEntire (best known as Reba) –a country singer. Reba is close to his wife Kelly as her mentor. He is incredibly close to her due to his wife and half-brother Shelby, Reba’s biological son.

Shelby was born in 1990 in Nashville, Tennesse, and is fourteen years younger than Brandon. He is a race car driver by profession.

Brandon is quite famous for his dynamic personality. He is a true Sagittarius as he is adventurous, optimistic, and philosophical in his Life.

Travelling and sports are his absolute favorites. Brandon is a bright personality who knows how to dress up for the day.

Brandon was once married to Melissa Ashworth. She is two years older than him.

Melissa was an American secretary by her profession. She broke off with Brandon in 2012. After their breakup, Brandon was quick to move ahead.

Melissa and Brandon have two children together.

The first meeting of this beautiful couple was quite interesting. Brandon Blackstock and Kelly Clarkson met in 2006 at the Academy of Country Music Awards as a manager and employee.

Kelly was performing with Rascal Flatts on a group that Brandon was managing. They were good friends from the very start. Their friendship grew stronger over the time they spent.

Brandon’s father, Narvel, was Kelly’s manager at that time. Kelly first rose to fame after winning the first season of American Idol in 2002. She is a native Texan who has big hits in her career.

‘Stronger,’ ‘Because of you,’ and ‘Since you been gone’ are some of Kelly’s successful works. Kelly also embarked as a television show host recently on NBC’s ‘The Kelly Clarkson Show.’

Brandon and Kelly’s relationship took off real quick this time. They both liked each other from their former encounter. Narvel had reintroduced them at a party.

The romance kicked off when the couple looked back at her fashion evolution over many years. Brandon was already head over heels for Kelly. With all the joy and happiness in the air, this successful couple had the time of their Life.

The performance of the Super Bowl went well. And, this time, Brandon’s charms were able to sweep Kelly off her feet.

You never know who is someone’s destiny! A celebrity who his father was supporting became the love of his Life for Brandon.

The meeting turned into a friendship and then to dating. After nine months of dating, the couple started to live together. Their love turned into a serious commitment when Brandon finally proposed that year.

Brandon is an agent of famous artists like Blake Shelton. Blake is also the one who made Brandon realize that he wanted to marry Kelly. He persuaded Brandon and pushed him to learn his inner feelings about Kelly.

“I’M ENGAGED!!!!! I wanted y’all to know!! Happiest night of my life last night! I am so lucky and am with the greatest man ever 🙂 “

Brandon got joyfully hitched with Kelly in 2013. Their wedding was grand, and the venue was a luxury –Blackberry Farm of Walland, Tennessee. The paved halo ring chosen by Brandon suited a lot to the beautiful Kelly.

Both in-laws were happy about the marriage.

Brandon has two kids, a girl, and a boy, with Kelly. He also has two children from his former marriage with Melissa Ashworth. All of them live together.

The family of six lives happily in their home at Vintage Valley. Brandon purchased the house around January 2019, named the Montana mansion.

River Rose was born on June 12th, 2014. The couple, mainly Brandon, was on cloud nine that day. However, the joy doubled when Alexander Blackstock was born two years later.

Is Brandon a good husband?

Redbook’s issue covered their family as spontaneous and passionate about each other. Kelly even disclosed facts about her private time with Brandon. Their thrilling experience together was able to keep their married life fresh.

Brandon has so far appeared as a proud dad and a responsible husband. Even Kelly agreed that she admires how he loves his daughters and is an ideal partner.

There are times when Brandon has appeared in public as an ideal husband, full of love. For example, Brandon had cheered Kelly when she hosted the Billboard Music Awards in 2018.

The red carpet was not Brandon’s thing before. But, on the BBMAs, it was a special moment for both of them on one of the biggest days of Kelly’s career.

Not to mention Kelly’s ‘Piece by Piece’ performance. Brandon surprised her by replacing her guitarist on the stage. For sure, Kelly was taken aback with joy as the song was about her estranged father, who had already passed away.

“That’s my amazing husband” was all she could say in response at the end of the performance.

The reason behind Brandon Blackstock and Kelly Clarkson divorce

Brandon filed his recent divorce on June 4th, 2020. Kelly disclosed the reason to be ‘irreconcilable differences.’

Kelly is emotional about her kids at this peak moment. However, she has reported that music is making her Life a little better during these difficult hours.

Brandon has not officially addressed the situation. It must be a challenging situation for the father of four kids to settle for a divorce. Brandon already has custody of two kids from his last divorce.

The jolly mood and happy-go-lucky guy is having a tough time right now. Both mama and papa bear, in this case, are silent for the sake of saving the heartbreak of their kids, as it seems.

Today, the world knows Brandon as an American agent. He was a renowned pilot.

Brandon is also a successful CEO of Starstruck management company, which manages music. His father and Brandon co-own this company.

Brandon wore a yellow boutonniere on a three-piece black suit along with a white shirt at his wedding. Whereas, Kelly looked stunning in a white full-sleeved gown and a flowery tiara. The sunflowers in the bride’s hand were as bright as the bride’s smile in the pictures.

Brandon’s pictures suggest that he is more of a casual guy but dresses for the occasion. A black suit and dark theme clothes are what he prefers for formal occasions. He mostly wears caps when he is out with family and horse riding.

Brandon is a confident man who gives a complementary look to his artist wife on camera. This fair-skinned gentleman wears Stationed Milgrain diamond eternity style in a wedding band.

Pictures suggest that Brandon loves striped Henley collar t-shirts with jeans black. However, for sports and outings, he prefers checkered shirts with a sleeveless jacket.

Brandon’s road to fame is through his better half. She is a famous Hollywood artist, Kelly Clarkson. But, his four kids are also equally renowned, especially Savannah.

Recently this couple has been a big hit among the media since they are facing divorce. The reason behind the divorce is still unclear. But. their conflicting schedules and busy careers seems to be the problem.

Too much work can make a person crave solitude and some personal space. It is a little sad that a supermom got tired of her family, not appreciating her.

Guess Life is Life, no matter how strong you are, you get tired once in a while. What can we say?

Media reports stated that Kelly spent her birthday alone this year. Kelly had gone through severe psychological trouble during the difficult separation. She even gave a frustrated statement that she didn’t want to do anything anymore.

There have not been records of independent charity by Brandon. But, he has been supportive of his wife Kelly in her charity dance shows.

Brandon has been a subject of controversy since the divorce notice was out. The rumors of him dating someone else and cheating on his wife have been hot topics during COVID times. The media has not yet disclosed the name of his new girlfriend.

Brandon has shown engagements in multiple business fields. He is a proud owner with a net worth above USD 5 million.

Brandon is quite active on social media. Be it personal Life or professional dinners, he posts it on social networks. Moments like his child’s birth, and a picture of the infant, are some of the epic moments that he has shared with fans. 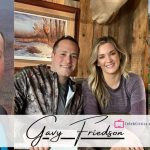 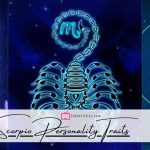