Who is Celina Powell?

Celina Powell is a famous Instagram model. Also known as “The black widow,” she has often been involved in many news and controversies.

On June 13, 1995, Celina Powell was born in Denver, Colorado, USA. Her full name is Celina Rae Powell. She is also known as The Black Widow.

She is a Gemini. As a Gemini woman, she is intelligent, adaptable, a social butterfly, loyal, honest, and outspoken. However, she is inconsistent, double-faced, indecisive, overly anxious, and judgemental.

Celina’s aunt raised her. As a result, she is closer to her aunt than her parents. Her parents separated when she was just a child.

She has three siblings– two sisters and a brother. As far as her education is concerned, Celina studied at Wheat Ridge High School, Colorado.

Celina Powell is of Puerto Rican ethnicity. The famous Instagram celebrity is 5 feet and 6 inches tall.

Likewise, Celina has a stunning curvy figure. However, many have also accused the model of getting surgical procedures to achieve an hourglass shape.

Similarly, her eyes are brown-colored, and her hair is dark brown. In addition, Powell is known for her full lips. She also has multiple tattoos all over her body.

Celina Powell has been with her fair share of men. Currently single, Celina is not afraid to publicly flaunt the relationships that she has had with many high-profile celebrities.

She has been linked to many hip-hop stars such as Offset, Snoop Dogg, Waka Flocka, Chief Keef, Ferrari, and 6ix9ine. Allegedly she has also been romantically involved with Tee Grizzley, Lil Pump, Cash Out, DJ Akademics, and Dwight Howard.

However, many have doubted the legitimacy of Celina’s involvement with these celebrities since she is often known to spread fake information to create controversy.

Celina, herself has confessed.

Celine uploaded a YouTube video after the controversy surrounding Celina Powell and rapper 6ix9ine. She revealed that she had met up with 6ix9ine and staged photos of them in bed to leak online. The duo did so to spark dating rumors.

Celina Powell is often associated with hip-hop insider and former Everyday Struggle host DJ Akademics. The two have had an on-and-off relationship for several years.

Even though they are no longer together, Akademics and Celina Powell made news in October 2020 when the rapper bought his lady love a G-Wagon.

In January 2021, some text messages between Celina and Drake surfaced online. Celina seems to be trying to flirt with the rapper in the dms.

Drake, however, ignored her advances and wrote back, “Def never gave u my number. I know who u are. I want nooooo parts.”

Celina replied, “I just wanted you to open my DMs thanks. I don’t wanna get blocked tho sooo I’ll exit now.”

Celina Powell, who had previously hinted at her relationship with Tory Lanez, got involved in a fight with the rapper’s girlfriend outside of his condo. At first, Celina approached Lanez, and they got into a heated argument.

In an attempt to mediate, Tory’s girlfriend Kaylin stepped in. However, the situation escalated, and Powell started attacking Kaylin.

Celina Powell told the police that Kaylin tackled her to the ground, describing an entirely different story. She also posted an Instagram story afterward where the model sat in a wheelchair and wore a neck brace.

The model first made headlines in 2017 when she revealed her relationship with rapper Offset. She accused him of cheating on Cardi B with her. Celina Powell also wrongly accused him of being the father of her child.

She claimed to be pregnant with a girl Celina planned to name Karma Lee Cephus. Following the allegations, Offset responded to Celina through his team of lawyers. A cease-and-desist letter was sent to Powell, stating that the model asked for a hefty $50,000 sum from the rapper.

Similarly, the letter revealed that the pregnancy was a lie. Finally, after some time, Powell admitted to lying about the pregnancy. She stated that she used images of her friend’s ultrasound to spread the rumor and later posted a video on YouTube to clarify.

After this, Celina Powell accused Snoop Dogg of engaging in an extra-marital affair with her. She stated that Snoop flew her out to hang out together. Likewise, she further accused the rapper of snorting cocaine off her breasts.

Furthermore, Powell insulted the rapper and accused him of taking her to a cheap motel. In response to Powell’s claims, Snoop Dogg uploaded a photo with his wife.

He expressed his love for his wife and denied all the allegations made by Powell. In addition, he revealed that he would be dealing with the topic in the upcoming episode of his TV show Clout Chasers.

Powell did not just stop there. She further accused other notable celebrities like Chief Keef and Fetty Wap of being the father of her child. Apart from these scandals, rapper Waka Flocka issued a restraining order against Celine in 2017.

The arrest of Celina Powell in 2018

Continuing her controversial ways, Celina Powell announced to her Instagram fans that she had access to some exclusive sex tapes with 6ix9ine and Snoop Dogg. The social media personality said, “I dropped exclusive NEVER before seen tapes on 69 and Snoop. Y’all thought I was playing. I keep every video.”

She added that only fans who have subscribed to her OnlyFans account could view the tapes. The subscription costs $29.25 a month.

On June 4, 2022, the court sentenced her to two years in Colorado State Prison. According to the Prosecutors, Celina Powell continued to violate her terms of probation.

She was arrested a month back for failing to show up for a court date.

Celine will be eligible for Parole in December 2022.

Powell recently started her podcast called Thots Next Door. She hosts the podcast with her friend Aliza. The co-hosts hosted their podcast on YouTuber Adam22’s channel. However, within some time of the podcast’s release, Adam22 announced that he would no longer feature Aliza and Celina’s podcast on his channel.

Following the announcement, Celina took digs at the video creator and his girlfriend, Lena the Plug. She accused the duo of paying her $500 to film a scene for her OnlyFans account.

Celina further added that Adam intended to interview someone who planned to destroy her image. She also stated that Adam’s employees threatened to quit the podcast if Adam didn’t eliminate her show.

The social media influencer makes quite an impressive earning through social media. It also includes the sponsored content that she uploads on her Instagram and the ad revenue generated from her YouTube videos.

Her net worth is approximately between USD 3 to 5 million. In addition, Powell leads quite a lavish lifestyle.

Instagram is the social media platform that helped push Celina Powell to fame. Her Instagram username is “celinapowellduh.”

The Puerto Rican beauty has 54.1k followers on her account, and she follows nine people. She often posts glamorous photos of herself, including photos of her luxury purchases and vacation pictures.

Joined in September 2020, Celina Powell’s Twitter handle is “itscelinapowell.” She has 29k followers and four followings on her account.

Powell is quite active on the short-video sharing platform, TikTok. Her username is “celinapowellduh.” The model has 38.8k followers, and she has been able to gain 271.7k likes to date.

The famous Instagram model joined YouTube in 2018 and has been able to accumulate about 120k subscribers ever since. She often uploads storytime videos and controversial videos, such as her recent “To My Unborn Child, I’, Sorry I Failed You…” upload.

Who bought Celina Powell a G-Wagon?

Celina Powell’s on and off again boyfriend, DJ Akademics, gifted the influencer a Mercedes Benz G-Wagon in October 2020. She flaunted her gift in an Instagram photo, under which her boyfriend commented, “You’re welcome! You deserve it. Every raggedy bih got a Birkin these days… had to get a car suited for a true queen and a boss.”

What rappers has Celina Powell been with?

Powell has often been associated with multiple hip-hop stars. She has revealed her romantic and sexual involvement with some of the industry’s biggest names, including Offset, Snoop Dogg, Lil Pump, Ferrari, Tee Grizzley, DJ Akademics, Cash Out, Chief Keef, Fetty Wap, and Dwight Howard.

Who is DJ Akademics dating?

The former Everyday Struggle host is currently in a relationship with Angelica Ggx. Angelica and DJ Akademics have been together for almost three years.

Does Celina Powell have a baby?

Celina Powell does not have any children. However, the Instagram influencer has accused many men of impregnating her in the past, which have been lies.

The black widow infamously posted a fake paternity test accusing Migos rapper Offset of being the father of her unborn child. After facing backlash from many of the rapper’s fans, including his wife Cardi B, Celina admitted that she had faked her pregnancy for attention.

She also apologized to Cardi B using the rapper’s real name, Belcalis. “I, Celina, apologize to you, Belcalis. I’m sorry, I sincerely apologize if I made you, for one second, think Offset was the father of my pretend baby.”, said the model 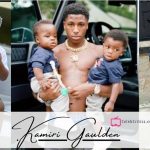 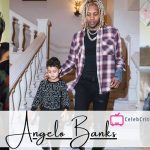