Who Is Christian Carino?

Christian Carino Ooze is a talent agent who works for Creative Arts Agency (CAA), a prominent talent and sports agency. This agency works for many top-list celebrities. So, Christian Carino has worked with many famous stars, including Justin Bieber, Harry Styles, Miley Cyrus, and Jennifer Lopez.

His work as a talent agent has earned him a comprehensive name and fame in the entertainment industry. Christian has helped many celebrities attain great heights in their career. Commonly seen with many stars in various functions, Carino shares a close friendship with high-profile celebrities like Tommy Hilfiger.

However, he comes into the limelight more for his affairs with different celebrities. This is because he was romantically involved with many female celebrities.

Among his several affairs, his relationship with the famous Lady Gaga gained the most media attention. He was engaged to Lady Gaga for two years, and they were thrilled with each other.

Whatever they posted on social media always made headlines of various entertainment news and tabloids wherever the couple went. However, the couple is no longer together. Now, both of them have already moved on.

So, who exactly is Christian Carino? How was his relationship with Lady Gaga? We will try to find the answers to these questions in this article.

1. Christian Carino has a great interest in music as well.

Christian is a music lover. So, he is also involved in the music industry. As a result, he has managed many singers, record producers, musicians, and songwriters.

2. Christian Carino is a philanthropist.

Christian Carino loves getting involved in various humanitarian activities. In addition, he actively participates in different social activities. For instance, his involvement in charity events like the DKMS’ Delete Blood Cancer gatherings is quite appreciated.

Carino often meets with several celebrities given his work. However, his association with female celebrities is a topic regularly discussed.

Though his engagement with Lady Gaga is the hottest topic of discussion, he was previously involved with a popular actor. Carino was romantically involved with The Walking Dead star Lauren Cohan.

The couple was seen together in the Royal Rangers Hockey games in 2016 though they tried to keep their relationship private. However, they soon broke up, which was as quiet as their dating.

4. Christian Carino has Lady Gaga tattooed on his biceps.

After Christian started dating Lady Gaga, he left no chances to show his affection for her. So much so that he even has the face of Lady Gaga tattooed in his upper arm.

The tattoo shows the face of Lady Gaga in ponytails. The picture was taken from one of her photoshoots for a magazine.

He gave Lady Gaga a costly engagement ring. The ring has a pink stone, which could be a diamond or sapphire, at the center. It also has other smaller diamonds surrounding the center stone.

6. He asked Lady Gaga’s father for her hand in marriage.

There is a rumor that Carino asked Joe Germanotta for his daughter’s hand. However, there is no enough evidence to prove the rumor.

However, the news is that Christian had taken an opportunity in a family gathering on July 4. There, Carino had asked for his blessings. To this, Lady Gaga’s father happily gave his consent.

Christian Carino was born on June 4, 1969, in Westlake, California, USA. He is of American nationality.

Christian attended a local high school. Later, he went to college and graduated with a degree in computer science.

Carino had an interest in music from a very young age. This is the reason he achieved great success in establishing fresh talent in the music industry.

Christian Carino was previously married to Brooke Baldwin in 1997. In the meantime, they had two beautiful daughters together.

However, the couple split up in 2013. Later in 2015, Christian filed a divorce. The reason for the separation was stated as irreconcilable differences.

Lauren is the popular actor who portrayed the role of Maggie Greene in AMC’s hit show The Walking Dead. She was reportedly Carino’s client.

The two were spotted together at a New York Hockey match in 2016. Similarly, they were also at a Tommy Hilfiger fashion event.

Christian again came into the limelight when his relationship with Lady Gaga surfaced. He was spotted kissing Lady Gaga during her Super Bowl CI halftime performance in 2017. Though they didn’t officially announce it, the news about their engagement circulated.

The official announcement of their engagement was made by the “Million Reasons” singer during her speech at the 25th annual Elle Women in Hollywood Event. She said,

Christian attended the Golden Globes and the SAG Awards with Lady Gaga. They seemed deep in love.

Christian would often post pictures of Lady Gaga in different functions and awards. In addition, he would proudly post about her achievements. He seemed to be her biggest fan.

Lady Gaga, too, would post dreamy pictures of them together. She also used to state how deep she was in love with him.

Carino had even presented Lady Gaga a pink stone engagement ring worth USD 400,000. The ring was a reminiscence of Lady Diana’s engagement ring. It was also said that Christian had asked Lady Gaga’s father for his blessings to marry his daughter.

Why did Christian and Lady Gaga split?

It seemed like the couple would soon take a trip down the aisle. The eighteen years age gap didn’t seem to affect the bond the two shared.

However, things changed when people noticed that Lady Gaga walked the Academy Awards red carpet solo. Similarly, her fans were quick to see that she didn’t have her engagement ring at the Grammy Awards on February 10, 2015.

So, this confirmed the speculations that the couple had called off their engagement.

Later, Lady Gaga’s sources opened up about the reason for breaking up with Christian. It was she who had initiated the separation.

It was because, towards the end of their relationship, Carino was said to have been jealous of her. Similarly, he was trying to find her all the time and texted her a lot. Her friends too didn’t like him.

She also thought he “infringed on her creative process.” So, she couldn’t “risk jeopardizing her career in that way over a man.”

On the other hand, Christian later claimed that he relied on the support of Johnny Depp to get through the dark times of his break-up. He also thanked the star for his emotional support when he went over the “poker-faced” singer.

Christian Carino has two daughters from his marriage with Brooke Baldwin in 1997. His daughters are named Isabella and Lola.

He is a loving father to his daughter and is incredibly proud of them. The talent agent often posts pictures of his daughters on his social media.

In one of his Instagram posts, he posted a picture of him with his beautiful daughter. He captioned,

He is very good at his job. This is the reason he has successfully established many A-list celebrities. So, his clients are top celebrities from Hollywood and the music industries.

Christian Carino has helped many celebrities reach the height of success in their career. This fact shows how successful Carino himself is in his profession.

He is usually seen with different celebrities at various events. Similarly, he is also very good friends with many of them.

On the other hand, Bradley Cooper had been hanging out with Lady Gaga just a few weeks after his break-up with his four-year-long girlfriend, Irina.

So, Lady Gaga’s ex-fiance liking her current interest Cooper’s ex-girlfriend’s steamy pictures wasn’t taken as a coincidence by many.

Christian Carino is doing very well in his profession. He regularly meets with many high-profile celebrities. Similarly, he has also helped many celebrities reach where they are today.

So, there is no doubt that Carino earns very well. His primary source of income is his talent agent job.

Christian Carino’s net worth as of 2021 is estimated to be around USD 12 million.

Who is Christian Carino?

Christian Carino is a talent agent. He works for the Los Angelos based talent agency Creative Arts Agency (CAA), a prominent movie and sports agency. Christian has helped many A-list celebrities reach the pinnacle of fame.

How old is Christian Carino?

Who is Christian Carino dating?

Christian Carino is a talent agent working with several high-profile celebrities. He has also dated popular celebrities like Lauren Cohan and Lady Gaga. However, his current relationship status is single.

The news that Lady Gaga and Christian Carino were engaged was made official by Gaga in October 2018. However, the couple called off their wedding after two years of their relationship. The couple has parted their ways now.

Who is Lady Gaga’s talent agent?

Lady Gaga and Christian Carino were deeply in love. It seemed that the two would very soon take their wedding vows. However, their relationship didn’t go well, and they took separate paths after two years of their relation. 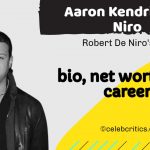 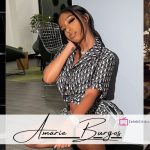