DaBaby is a rapper with a brutal rapping style. He is a college dropout, but he made a name for himself in the world of rapping.

With ample controversies and fans, he established himself in the industry quite fast. Inspired by 50 Cent, Eminem, and Lil Wayne, he is also now a well-known rapper and artist of the game.

He has some serious controversies in his name, and that includes murder, yet he came clean. He now is a rockstar of the rapping industry with many hits.

From performing around North Carolina clubs to a big stage, he now has a lot of admirers and, subsequently, haters.

Jonathan Kirk was born on December 22, 1991, as Jonathan Lyndale Kirk. He started his rap career as ‘Baby Jesus’.

He changed his name to DaBaby after it became a distraction.

2. DaBaby’s father passed away shortly after the release of his debut studio album

DaBaby’s first mixtape was ‘Nonfiction,’ released in 2015. He has thirteen mixtapes.

He released his first studio album, ‘Baby on Baby’ in 2019. Unfortunately, shortly after the album’s release, his father died.

3. DaBaby is a father of two daughters

His elder daughter, Princess Renny, was born in 2017 to his ex-girlfriend, MeMe.

In 2020, Nova was born from his affair with Latonia Danet.

4. DaBaby is not married

There had been rumors that DaBaby was married after his high school photos went viral. However, DaBaby revealed that it was just a joke that the girl in the picture was just his friend.

5. DaBaby has been involved with many crimes scenes

DaBaby was first involved with shooting a young man with a Glock in 2018. The Huntersville Police Department arrested him.

The Miami Police Department again detained him in 2020 for robbing a music promoter.

Jonathan Lyndale Kirk, aka DaBbay, was born on December 22, 1991, in Cleveland, Ohio. He moved to Charlotte, Northern Carolina, in 1999, where he spent most of his childhood and early years of his life.

He also has a stepdaughter with a woman named Meme. Jonathan Kirk has been a father figure to MeMe’s son as well.

He has a Grandfather and Uncle as his living relatives. However, his father’s and Mother’s name is unknown to the public.

He attended Vance High School, where he graduated in 2010. He completed his higher studies at the University of North Carolina at Greensboro.

Jonathan Kirk went to a university but never graduated.  He never seemed interested in education and said in an interview he only went to school for his parent’s sake.

He is a humanitarian and philanthropist who is deeply concerned about the state of the world.

He was born in December and has Capricon as a sun sign.

Jonathan Kirk grew up in Charlotte, North Carolina, with his mom and two older brothers.

Five feet and eight inches in height, this superstar is very handsome and attracts a lot of females. With dark brown eyes and hair, the singer is a killer on the stage, and there are no second thoughts about that.

He is also very active and has maintained his body shape 40-30-35. He currently weighs 75kg. DaBaby has multiple tattoos on his body.

He was in a relationship with Meme, his ex-girlfriend, and had children together with her.

DaBaby has two children, a son, and a daughter.

He shares his kids with his ex-partner.

There had been rumors that DaBaby, a.k.a Jonathan Lyndale Kirk, was married after his high school photos went viral. Afterward, Jonathan Kirk revealed that it was just a joke that he did with the girl in the image.

She was just her friend.

DaBaby and DanILeigh were dating for some months from 2020-2021. She confirmed their relationship with DaBaby on her Instagram as she wrote, “My baby idc.”

The couple broke up in February 2021.

DaniLeigh had an internet feud with DaBaby’s baby mama too. MeMe called her “obsessed” after she blocked her on Twitter.

DaBaby has a step-son born who was born from his ex-girlfriend, MeMe’s previous relationship. Even though Jonathan Kirk is not the biological father, he still acts like a father figure to him.

DaBaby has two biological kids. First, he shares a daughter, Princess Renny, who was born with his ex-girlfriend, MeMe. She was born in 2017.

Besides, he also had another daughter, Nova, in 2020 with Latonia Danet.

His debut mixtape, ‘Nonfiction,’ was released in the year 2015 but failed as the listeners thought it was amateurish.

Rapper DaBaby started his career under the name Baby Jesus but eventually changed out of concern that it had become a distraction.

Like every other artist, he got his big break after singing to Arnold Taylor, the president of the South Coast Music Group label; he was a big radio promoter.

When Taylor was launching his name, he saw DaBaby perform around North Carolina clubs in Charlotte. Taylor, who was responsible for the rise of Southern rap stars including Yo Gotti and Future, gave Rapper DaBaby a break.

Once they started working together, the pack kept building a lot of buzz for themselves around the South with the mixtapes and club shows. It was the time when he was still finding his sound.

After the deal with South Coast, he signed a short-lived distribution deal with Jay-Z’s Roc Nation for his Blank Blank mixtape, which turned out to be his breakthrough in late 2018.

He landed a seven-figure recording deal with Interscope, and this was all possible because of Taylor and the major-label bidding wars that pursued to win a contract with him.

After signing with Interscope in 2019, he began his imprint label called Billion Dollar Baby Entertainment. He finally released the debut studio album Baby on Baby through Interscope Records on March 1, 2019.
He is also signed to South Coast Music Group and has a joint contract with both labels. The thirteen-track project features a lot of guests, and those include Offset Rich Homie Quan, Rich KId, and Stunna 4 Vegas.
His first record, Baby on Baby, debuted at number 25 on the Billboard 200 albums chart in the US. His song “Suge” debuted on the top 100 at number 87, which later reached the top 10 on the chart dated June 8, 2019.

He was featured on the cover of XXL’s Freshman Class of 2019. He starred on various hit songs throughout mid-2019.

Some hit songs include Megan Thee Stallion’s “Cash Shit” and Quality Control’s “Baby.” Both reached unexpectedly to the top 40 on the Top Hot 100.

He was featured on Dreamville Records’ newly released compilation album Revenge of the Dreamers on July 5, 2019, on the opening track, “Under the Sun.” He has also received acclaim for his guest feature, with various publications ranking it as his best verse of 2019.

As a tribute to his last name, in August 2019, he announced that his second album would be titled, Kirk. The album was released on September 27 and debuted atop the US Top 200.

Its lead single, the “Intro,” was successful, peaking at number 13 on the US Hot 100 chart.

Along with his top videos, he also made a cameo appearance in the music video for up-and-coming rapper Rich Dunk’s Breakthrough single “High School” on October 24.

Baby on Baby is DaBaby’s debut studio album that was released on March 1, 2019. The album features many rappers like Offset, Rich the Kid, Rich Homie Quan, and Stunna 4.

The album got good reviews from the listeners.

Some of DaBaby’s mixtapes are:

His album “Blame It on Baby” received mixed reviews but achieved commercial success, debuting atop the Top 200 with 124,000 album-equivalent units, becoming his second number-one album. The album also produced his highest-charting song,” Rockstar,” featuring Roddy Ricch, which reached the number-one position on Hot 100 and in the United Kingdom.
DaBaby got featured on the remix for the song What’s Poppin by Jack Harlow, which came up at number 2 on the hot 100 while ‘Rockstar’ was still at the top and made him the 20th act to occupy the charts top 2 spots, and the first since Ariana Grande in 2019.

DaBaby has had several controversies in his career. The disputes involve some severe crimes.

DaBaby was found involved in an incident in Huntersville, North Carolina. It was a bad one, a 19-year-old young man: Craig was shot in the abdomen with a Glock. Craig succumbed to the wound and died soon.

He confirmed that he was involved in the incident but said it was an “act of self-defense.” It happened when the rapper was robbed at a Walmart on November 5, 2018. He, along with four people, was caught by the Huntersville Police Department.

Soon the charges were dropped in March 2019 by the Police Department, but Jonathan Kirk pleaded guilty to carrying a misdemeanor possession.

That was not all; in January 2020, he was questioned and detained by the Miami Police Department in connection with a robbery investigation.

He was arrested after authorities discovered that he had a warrant in Plainview, Texas.

According to TMZ, sources and police report members of his crew robbed a music promoter who paid them USD 100,00 less for a performance in Miami. He was charged with battery and released from Miami-Dade country jail 48 hours later.

During his “Up Close N Personal” tour in 2020, he slapped a female fan on his way to the stage for a performance in Tampa, Florida. Since the crowd responded by booing, he left the venue without performing any songs.

In his defense, he said that he struck her because she placed her phone too close to his face while taking a video with the flash on.

Later he posted a video on his Instagram and apologized for his deeds. He said irrespective of the gender, he would have slapped the person anyway, and he was especially sorry as a female was on the other end.

With successful albums and songs in rapid succession, his net worth as of now is estimated to be around USD 5 million.

He has also featured on the Forbes 30 under 30 lists.

DaBaby has an impressive car collection that is worth USD 2.2 million.

DaBaby is active on social media and has a lot of followers.

Though he is an impulsive and moody kind of character, people sure do admire his music and have loyal followers all over, and that’s what contributes to his vast success and wealth.

You can watch his music videos on his YouTube channel.

DaBaby is quite popular on Instagram and has over 19.6 million followers. A lot, right?

You’ll get to see images and videos of him on the red carpets, parties, and his regular days.

He also promotes his music videos on Instagram, so this is where you’ll know first if he is releasing anything.

DaBaby is on Twitter as @DaBabyDaBaby and has over 4.3M followers.

He promotes his music and connects with his fans.

DaBaby has a Facebook page with over 6.2M. He posts about his music, merch, and photos of his life on this platform.

Some more interesting facts about DaBaby

So this rapper holds a versatile capacity for music and personal thoughts and is one of the celebrated young artists in the US and the world. In a short period, he has been able to attract a lot of fame and young rap enthusiasts fans.

How tall is DaBaby?

How old is DaBaby?

DaBaby is alive and well. The rumor of him dying of drug overdose was false.

Where is DaBaby from?

Who is DaBaby dating?

Currently, DaBaby is single and not dating anyone. However, he was dating an American singer DaniLeigh from 2020 to 2021.

What is DaBaby’s net worth?

DaBaby has a net worth of USD 5 million. 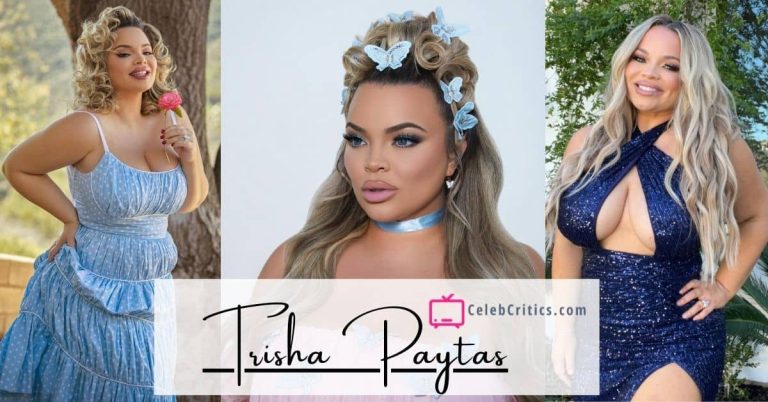 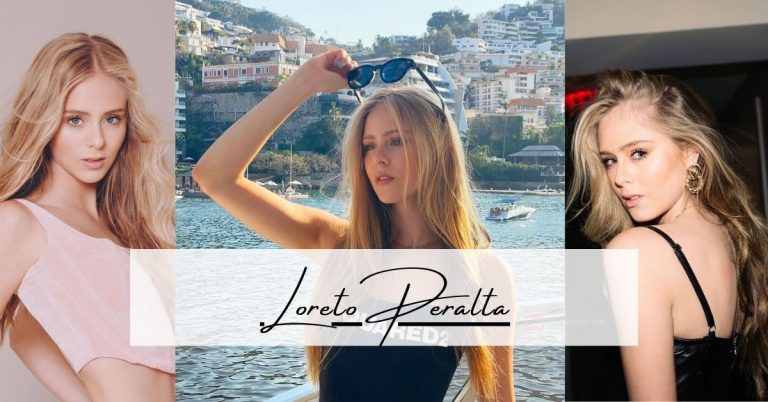 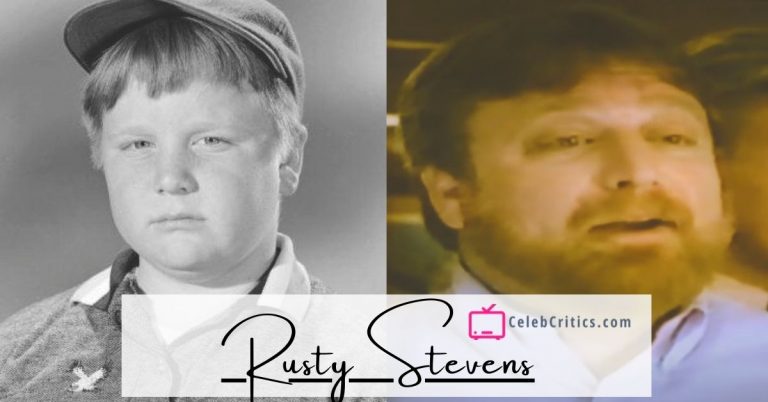 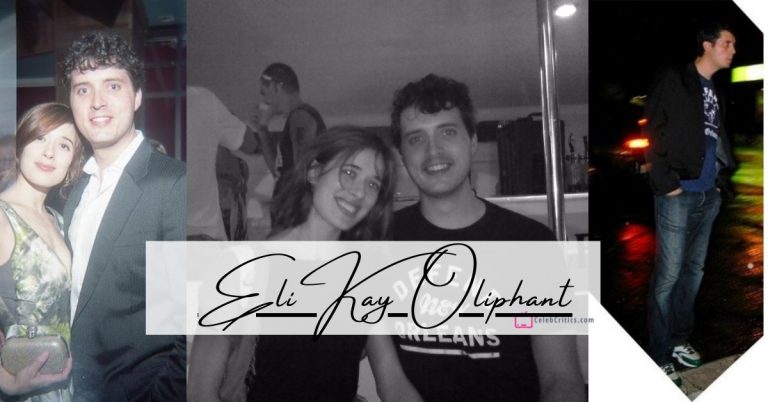