Who is Elena Moussa?

Elena Moussa is a celebrated name in the world of fashion. Married to Fox News anchor and author Greg Gutfeld, Elena Moussa is a Russian model and fashion designer. In addition, Elena Moussa is also an entrepreneur who owns her fashion brand called Moussa Project. An acclaimed fashion stylist, Elena’s work has been credited in many magazines all over the
world.

Raised in a middle-class Russian household, Elena Moussa spent most of her childhood in London despite being born in Russia. Besides this, the entrepreneur has not divulged the details regarding her parents’ names and their occupations.

Being raised in a middle-class family meant that Elena learned the importance of hard work from an early age. These values definitely helped her in pursuing her dreams and contributed to her eventual success. Even as a child, Elena had a keen interest in fashion and designing.

When it comes to siblings, Elena Moussa has a sister named Victoria Moussa. She also has a niece named Varvara Medina who she frequently features on her social media. Unlike Elena, Victoria likes to remain away from the spotlight.

Elena Moussa was born on 26th August 1982. She was born in Russia to middle-class parents.

Since Elena was born on 26th August, her zodiac sign is Virgo. Virgo is an earth sign and people having this horoscope are deeply rooted in the material world. As a Virgo, Elena Moussa is logical, practical, and systematic in her approach to life.

Elena Moussa is a Russian national. Likewise, she belongs to Russian ethnic background. When it comes to her religion, the exact details remain unavailable at the moment.

However, Elena’s husband Greg Gutfeld has described himself as an “agnostic atheist” on several occasions despite being raised as a Roman Catholic. This indicates that both Greg and his wife Elena are probably non-religious.

Elena gained much of her early education from London, UK. After completing her education there, Elena moved to New York, USA, and enrolled in the Fashion Institute of Technology to study fashion designing.

After receiving her undergraduate degree from the Fashion Institute of Technology, Elena worked in the field of fashion for some years. She decided to further educate herself and in 2015, Moussa enrolled in Parsons School of Design located in New York, USA. At Parsons, Elena studied fashion apparel design.

Considering the fact that Elena Moussa has previously worked as a runway model, there is no doubt that she is pretty tall. The fashion designer is 5 feet and 10 inches tall. In fact, Elena towers over her own husband who is reportedly only 5 feet and 5 inches tall.

The slim beauty weighs approximately 55 kilograms and her measurements are 32-24-35. Such measurements combined with her impressive height definitely make Elena look like a supermodel. Furthermore, Moussa has brown eyes and black-colored hair. This further adds to her eye-catching looks.

Up until now, the only relationship of Elena Moussa which the public is aware of is her relationship with journalist and author Greg Gutfeld. Apart from this, Elena has not discussed much regarding her past boyfriends and dating history.

He said, “When I saw her, I said to the editor of Maxim Russia, ‘Who is this woman?’ And I foolishly hit on her for three days. She was pretty cold to me, and finally, I asked her out on a date.”

After some time, Greg asked Elena on a date. Elena too fell in love with Greg and later left Russia to move in with him in London. After a brief courtship of five months, Elena and Greg decided to get married.

The two of them went to New York and got married in a civil wedding ceremony. Their wedding was a low-profile affair and even to this day, photos of Elena and Greg’s wedding remain unreleased.

Greg Gutfeld and Elena Moussa have been married for almost 17 years. The couple is enjoying marital bliss, and the two of them often gush about each other on their respective social media accounts.

Gutfeld is an American television host, producer, and author. He is the host of the show Gutfeld!. Gaining worldwide fame, Greg Gutfeld hosted the late-night talk show Red Eye on Fox News Channel from 2007 to 2015.

Greg Gutfeld is also the author of books such as The Plus: Self-Help for People Who Hate Self-Help, The Gutfeld Monologues: Classic Rants from the Five, How To Be Right: The Art of Being Persuasively Correct, The Joy of Hate: How to Triumph over Whiners in the Age of Phony Outrage, and The Bible of Unspeakable Truths.

Despite being married for over a decade, Elena Moussa and Greg Gutfeld do not have any children. They have not clarified whether they decided against having children out of choice or due to some underlying medical problem.

A fashion enthusiast from a young age, Elena Moussa has not only worked behind the scenes as a fashion designer but has also strutted on the runway for prominent designers. Kick-starting her fashion career, Elena stepped into the world of glamour as a model.

However, she was not able to achieve much success due to which she ultimately quit modeling and decided to become a fashion stylist instead. Nevertheless, in a photo shared by Elena on her Instagram account, Elena hinted that she may have revived her modeling career. In May 2015, Moussa modeled for fashion designer Stella McCartney as she shared her stylish photo where she wore the glasses designed by McCartney.

After quitting modeling, Elena Moussa began working for Maxim Russia as a photo editor. Her work entailed collaborating with the fashion magazine’s UK counterpart. During one of Maxim’s international conferences in the UK, Elena met her future husband Greg Gutfeld who had just been appointed the editor-in-chief of Maxim’s U.K. edition.

Elena worked with Maxim for some time before her ultimately relocating to the UK in order to be with Greg. They left London in 2006 since Gutfeld’s Maxim contract had expired that year.

Currently, Elena Moussa works as a fashion stylist. The talented lady often assists influential fashion brands and magazines in styling their models. Many of Moussa’s work as a stylist has been printed in magazines globally.

Since 2011, Elena Moussa has been running her own fashion business called Moussa Project with her sister Victoria. Moussa Project’s showroom is headquartered in Moscow, Russia. The brand allows high-class clients to rent expensive designer clothes and accessories for 15-20% of their real value. For reasons unknown, the brand is temporarily closed at the moment.

Since Elena is a celebrated designer and fashion stylist, there is no doubt that her personal style too is quite extraordinary. The former model is often seen wearing expensive designer clothing along with more affordable pieces. Her personal style could be best described as simple and elegant with an edgy touch.

Elena effortlessly combines classic white T-shirts and skinny jeans with eye-catching accessories and trendy outerwear. Undoubtedly, her tomboyish outfits coupled with a hint of femininity establish Elena Moussa as a trendsetter and a true diva.

Elena Moussa is estimated to have a net worth of $2 million. Much of her earnings come from her work as a fashion designer, model, and fashion stylist. In addition, her company Moussa Project too stands as a major income source for the entrepreneur.

Elena’s journalist husband Greg Gutfeld has an impressive net worth of $13 million. The two of them have a combined net worth of $15 million which surely proves that Elena and Greg are a power couple. As a result, it would not be wrong to say that Elena’s lifestyle is quite lavish and glamorous.

On Instagram, Elena Moussa is active under the username “elenamoussa”. Her account has over 16.1k followers and contains 744 posts to date. Moreover, Elena herself follows 636 accounts.

Elena Moussa posts well-styled photos including pictures of her luxury purchases, travel, and photos of herself with friends and family. She also occasionally uploads photos with her author husband Greg Gutfeld.

Apart from her primary account, Elena also has an Instagram account dedicated to her business Moussa Project. The brand’s Instagram handle is “moussaproject”. It has 6,218 followers and 510 follows along with 750 uploads made till now. 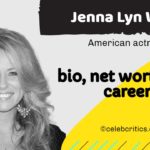 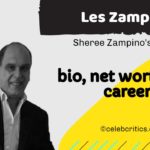