Who is Eli Kay Oliphant?

Eli Kay Oliphant is an American lawyer. He has experience with contractual matters, commercial fraud, data privacy, and security.

Eli Kay Oliphant has massive popularity in the world of law and entertainment. Yep, you read it right. He is well known in the entertainment industry because of his relationship with Hollywood actress Marina Squerciati. They both are husband and wife.

Now I know it sounds kind of a fairy tale, a lawyer met an actress, as you will seldom hear people from two different backgrounds marrying each other but well it’s true. So some of you might be curious about who this lucky chap is to marry such a beauty. Well, it’s time to find more about Eli.

Read on to find out all about Eli Kay Oliphant.

Eli J Kay-Oliphant is a USA citizen; however, when we researched the last name, we discovered that Kay and Oliphant’s last name originates from Europe. Kay is an English surname, whereas Oliphant is an English and Scottish last name established by the family of Norman Origin.

It somehow makes us feel most likely his ancestors migrated from Scotland.

Eli Kay Oliphant has not revealed anything about his birth date, family, or childhood. Despite being such a famous icon, he has kept private about his life.

Eli Kay Oliphant has kept his information on personal life a secret. Nevertheless, he has ensured not to miss telling everyone about his achievements regarding his education.

He completed his bachelor’s degree in Arts and Political Science from Northwestern University. Eli also graduated from Emory University School of Law with honors in 2005. At Emory, he was also the editor-in-chief of the Emory Law Journal.

Yes, Eli Kay Oliphant is no doubt the husband of Marina Squerciati. He tied the knot with Marina Squerciati in an intimate ceremony in 2017. They invited their close friends and family only to the wedding ceremony.

Marina Squerciati is a famous American actress who has played in various films and TV series. However, Marina is best known for her role as Kim Burgess in the American TV series, ‘Chicago P.D.’

Squerciati is also famous for her performance in ‘Gossip Girl.’

How did Eli Kay Oliphant and Marina Squerciati meet?

Eli and Marina attended the same university (Northwestern University). They met for the first time at their college.

Then, Marina was studying arts, whereas Eli was studying law. It is unclear whether they dated or not, but they were good friends before moving on to their respective lives.

According to Eli’s Facebook profile, it seems like he started dating Marina in 2012. But again, rumor has it that Marina secretly dated her ‘Chicago P.D.’ co-star Patrick John Flueger in 2014. So it can mean Marina and Eli parted ways in the middle.

Even if she was, that topic is off the charts now. Eli and Marina rekindled again in 2016 and started seeing each other. Eventually, the couple got married.

Is Eli the father of Marina Squerciati’s daughter?

Marina Squerciati announced her pregnancy on Twitter in February 2017. Unfortunately, she didn’t reveal who the father was of the child, which led to the rumor that Patrick Flueger was the child’s dad.

However, she has confirmed that her longtime college love, Eli Kay-Oliphant, is the child’s father.

Our team strongly believes that it is irrelevant; what matters is that the couple is happy and adores the baby daughter.

Some sites reported that Marina was in a relationship with Patrick John Flueger. They met on the sets of Chicago P.D. in 2014 and were immediately attracted to each other.

Now let’s not jump to conclusions. Let us clear some information out to you. The news is false.

Yes, Marina and Patrick have terrific chemistry as co-stars. But they are not more than good friends.

The audience got confused over the photos that they shared on social media. However, Marina was already married when those images circulated the internet.

The entertainment sites keep stirring new headlines about Marina’s cheating scandals. But, Marina has denied all rumors about her infidelity.

Currently, Eli Kay Oliphant and Marina Squerciati are very faithful towards each other. Their marriage is still going strong. In addition, the duo is happily co-parenting their beautiful daughter.

As we said earlier, Eli Kay Oliphant has a high reputation in the law field. He has experience with government enforcement defense and internal investigations. Eli has also encountered judgment enforcement and appellate litigation.

Eli was a partner at Massey & Gail LLP, Chicago, Illinois. Massey and Gail LLP specializes in commercial and financial services litigation. It also deals with White Collar and Internal Investigations.

He left the job in Sept 2020. He worked for the firm for 6 years and 1 month. As per his LinkedIn profile, he is currently a Partner in Sparacino PLLC.

He is also a member of Illinois Bars. Before, he was a member of the New York City and Washington D.C. bars.

Before joining Massey and Gail LLP, he was an attorney at Kobre & Kim LLP from January 2013 to September 2014.

O’ Melveny & Meyers LLP is where he focused on government-related counseling. He was also a former law clerk at the United States Court of Appeals for the Fifth Circuit Court.

Is Eli Kay Oliphant an actor too?

No, Eli Kay Oliphant is not an actor but an attorney only. But, he has been a subject of curiosity to the media since he married one. Eli gained the spotlight after marrying the ‘Chicago P.D.’ star, Marina Squerciati.

But he has not been entirely off bounds from the entertainment sector. He was a part of a movie named ‘Chasing Taste’ (2013). We are unsure about what he did in the film, but he sure was not a cast.

Eli’s name appears in the ‘special thanks to’ list of the movie.

Throughout his university days, Eli was a William Agnor Scholar on Dean’s list.

He received Emory Law School Dean’s Awards for Excellence. The award was for excelling at trial techniques, contracts, and corporate practice.

Rumors say that Eli was dating Chicago Fire and Chicago P.D. actress Serinda Swan back in 2014. Eli and Serinda were spotted together at Flywheel Sports Center in Chicago, Illinois. Later, both of them declared that the rumors were fake and were not romantic partners.

Eli swarmed a lot of media attention after marrying actress Marina Squerciati. Much of the media were curious about who he is and what he does. Nevertheless, the press could not disclose all besides the fact that he is a lawyer who earned many honors as a student.

Eli has worked hard to become a capable lawyer and get his bachelor’s degree. Not to forget, he was an active member of the Northwestern Debate Society. Eli was also a Hardy Debate Scholar.

Through his perseverance, he made a name for himself, met a lovely woman, Marina, and made her his wife. That said, fame for Eli indeed came after his hard work and persistence.

Eli Kay Oliphant shows involvement in community works too. Eli is a member of the BOD in the Chicago Debate Commission.

Chicago Debate Commission helps to empower the youths of Chicago. It helps them find their voice and succeed in college and career. It also enables young people to become leaders of their community.

Eli Kay is also a member of the Evening Associates Board of Directors in the Art Institute of Chicago.

Eli has a net worth of $1 million. This amount comes from his more-than-decade-long career as a brilliant lawyer.

What is Eli J Kay Oliphant’s wife’s net worth?

Meanwhile, Marina has a net worth of $3 million, which comes from her profession as an actress. Her movie, ‘It’s Complicated,’ engrossed around $219.1 million in the box office itself.

Now let’s wonder what percentage she must have got.

Eli is not much active on social media, even though he owns an account on everything. You can find him on Facebook as Eli Kay-Oliphant; but, it seems like he stopped using it in 2014.

Eli’s wife, Marina’s Instagram account, is @marinasqu. But she has zero posts of Eli. But hey! You can at least see their daughter’s photos here.

How old is Eli Kay?


Owing to his extremely private nature, Eli Kay-Oliphant has not yet revealed his date of birth. However, it is known that he was born in the 1980s. He is in his mid-30s to early-40s. The handsome man seems to have maintained his looks quite well and he appears quite young for this age.

How long has Marina Squerciati been married?

On February 15, 2017, Marina announced her pregnancy via Twitter. In May 2017,  she gave birth to a daughter. Many Hollywood marriages fail to stand the test of time, however, Marina and Eli Kay have been happily married for over 6 years. Their love and respect for each other as well as their dedication towards their family is definitely the secret to their successful marriage.


Eli Kay-Oliphant is not related to actor Timothy Olyphant. Olyphant made his acting debut in an off-Broadway theater in 1995, in The Monogamist. In the early years of his film career, Olyphant was often cast in supporting villainous roles.

His most well-known works include Scream 2, Go, A Man Apart, Gone in 60 Seconds, and The Girl Next Door. He was nominated for a Primetime Emmy Award for Outstanding Lead Actor in a Drama Series in 2011 for his work in  FX’s Justified.

Timothy Olyphant was born in Honolulu, Hawaii, on May 20, 1968. He moved to Modesto, California, at the age of two along with his parents Katherine Gideon and J.V. Bevan Olyphant.  Timothy also has an older brother named Andrew Olyphant and a younger brother named Matthew Olyphant.

Olyphant is of English, German, Scottish, Dutch, Irish, and one-eighth Russian-Jewish ancestry. He is a descendant of the Vanderbilt family of New York. He married his college sweetheart Alexis Knief in 1991 at the age of 23. The happily married couple lives in Westwood, Los Angeles. They have three children together. Their names are Grace Katherine, Henry, and Vivian. 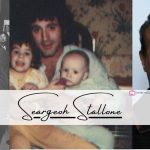 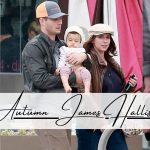