Who is Emily Baldoni?

Emily Baldoni is a well-known Swedish actress and entrepreneur. Currently living in Los Angeles, California, Emily Baldoni’s most notable work remains the 2013 film Coherence. Married to actor and director Justin Baldoni, Emily Baldoni was credited under the name Emily Fuxler before her marriage.

Emily Baldoni was born on August 3, 1984. She was born in Uppsala, Uppsala län, Sweden. Born on August 3, Emily’s sun sign is Leo. People having this sign are known for their tactful, loyal, and fearless nature. However, they also tend to be indecisive, inflexible, and stubborn at times.

Standing at 5 feet and 9 inches, Emily Baldoni looks no less than a supermodel. Her measurements are 34-25-35 inches. Similarly, the gorgeous actress has blonde hair and beautiful green eyes.

Not much is known about Emily Baldoni’s Life prior to her fame. Born and raised in Uppsala, Uppsala län, Sweden, Baldoni’s mother is Bettan Fuxler. Her sister, Lisa Fuxler, is the co-founder of The Wonders Stockholm.

Baldoni’s birth name is  Emily Malou Fuxler. Before her marriage to actor and director Justin Baldoni, Emily Baldoni was credited under Emily Fuxler, a shortened variant spelling of her birth name.

Born in Uppsala, Uppsala län, Sweden, Emily Baldoni is a Swedish national. Likewise, the actress belongs to the Scandinavian ethnicity.

Regarding her religious beliefs, Emily Baldoni and her husband Justin Baldoni are both devout members of the Baha’i faith. In a podcast episode titled The Spiritual Power Of The Feminine Qualities by BahaiTeachings.org, Baldoni discussed her religious views. In addition, she talked about how her 35-hour long labor while delivering her daughter, Maiya, taught her the strength of her femininity.

Emily Baldoni is married to actor, director, and filmmaker Justin Baldoni. Justin and Emily had been dating for a while before they took the big decision to tie the knot.

The story behind Justin and Emily’s engagement is quite romantic. The couple had their very first date at the Blu Jam Café. Thus, Justin chose the same café as the scene for the big proposal.

Justin also went ahead and added an element of surprise to the proposal. When Emily arrived, she was surprised as she didn’t find Justin there.

She was welcomed by the café’s staff, who had her seated just in front of a television screen. Then, Justin appeared on the screen and popped the big question.

“I promise I’m not standing you up…Baby I love you so freaking much…I’m trying to propose. And you know, my mind, being the way it is, I could think of a million different ways that I want to do it. But all I know is that I want it to special and I want it to be romantic and I want to be something that you never forget.”

The video message also included an adorable montage through which Justin expressed his love for Emily. Likewise, the montage also included a clip wherein Justin visited Emily’s father’s gravesite and asked his permission to marry her.

After the montage ended, Justin appeared in front of Emily, went down on one knee, and asked Emily to marry him. Naturally, Emily agreed to marry him and got emotional after witnessing the romantic gesture.

The couple uploaded their engagement video on YouTube on October 9, 2013. To date, the adorable video has attracted over 13 million views.

Following their engagement, Emily and Justin walked down the aisle on July 27, 2013, in an intimate wedding ceremony held in Corona city in Riverside County, California.

Centered on the theme of Midsummer Night’s Dream, Justin and Emily’s wedding was the perfect celebration of their union. In addition, the love birds also wrote their wedding vows.

“I love you, truly, madly, deeply…Grateful to have a man who will go above and beyond to comfort a friend…I will stand firm by your side, deeply appreciative to have a man who inspires me and the people around him to live life more fully…Where there is love, nothing is too much trouble.”

Similarly, Justin’s heartwarming vows made all the guests teary-eyed. He promised Emily,

“With that apology also comes a promise…Emily for the rest of my life I will cherish you, appreciate you, I will listen to you, I will laugh with you, I will take care of you, I will honor you and I will respect you…Let’s jump in; together…Forever.”

While most Hollywood marriages fall apart after some time, Justin and Emily’s marriage has really stood the test of time. The couple continues to be very much in love and doesn’t shy away from openly expressing their love for each other on social media.

On the occasion of their 6th anniversary, Emily shared a sweet tribute to her dear husband on Instagram. She wrote,

“Two kids. Just married. 6 years ago. I had no idea we would squeeze in so much in six years but here we are, a million adventures, two children, and many grey hairs later. I LOVE YOU @justinbaldoni. You are my favorite person ever.”

Likewise, Justin Baldoni posted the most adorable Birthday wish to his lady love on the occasion of Emily’s 37th Birthday. Justin thanked Emily for helping him experience the joys of fatherhood and described his beautiful wife as

“the highs and lows and beautiful and messy and perfectly imperfect that are very definition of what it means to be a MOTHER.”

Maiya was born in 2015, and Maxwell was born two years later in 2017. Known for their unconventional parenting, Emily and Justin decided to deliver both their kids at home without using any drugs.

Both Emily and Justin have been quite vocal about the struggles of parenting and the importance of sharing the load of properly raising their kids. The Swedish actress opened up about how the new parents fell into a rut after the birth of their daughter, Maiya.

She explained that their marriage hit rock bottom after Maiya’s delivery since Emily’s career “was slightly slower” while Justin struggled with “being the breadwinner.” The Coherence actress said,

“Nothing could have prepared me for the mental and emotional load as a mother and all the invisible work that I did.”

After the birth of their son Maxwell, Emily and Justin decided to try out therapy—couples therapy, individual, and trauma therapy. Emily described that therapy allowed the couple to “heal” their relationship and helped them share the mental load of parenting.

She expressed her love for therapy and said,

“I love therapy so much, because I get to be OK with my imperfections. I get to even find a space to hold the things that I’m really embarrassed about. And if I am that person, that means that my partner is also out there human-ing and trying to figure out how the hell to do this. Compassion and patience showed up.”

Likewise, Justin Baldoni shared how therapy helped him and his wife as a couple in their parenthood journey. He said,

“We learned how to communicate with each other and hear what the other person wants and needs and what they’re actually saying underneath what they’re saying versus being reactionary and trying to solve a problem.”

Emily Baldoni relocated from her hometown of Uppsala, Uppsala län, Sweden, to Los Angeles, California, to pursue a career in acting. The Swedish beauty made her acting debut in 2005. She appeared in a short film titled The Elephant’s Room.

After this, Emily Baldoni appeared in an episode of C.S.I.: N.Y. Then, in 2008, Emily Baldoni made her movie debut in the comedic horror movie Killer Pad.

The same year, Baldoni played the role of Bebe in the film Grizzly Park. Likewise, she also appeared in several T.V. shows such as Burn Notice, How I Met Your Mother, and Crash.

The following year, Baldoni had roles in movies including ghosts of Girlfriends Past and 16 to Life. The year 2009 was quite busy for Baldoni as she had guest roles and recurring roles in many T.V. shows.

This includes C.S.I.: Crime Scene Investigation, C.S.I.: Miami, Without a Trace, Bones, and Hallo Hollywood. In 2010, Baldoni played the role of Heather Rade in the American drama television series, The Mentalist. She also appeared in the T.V. film Deadly Honeymoon and three Legend of the Seeker episodes.

From 2011 to 2013, Emily Baldoni had roles in several movies, including Identical, Hidden Moon, Automotive, and Coherence. In addition, Baldoni landed the starring role of Em in Coherence, an American surreal science fiction psychological thriller film.

In 2014, Baldoni worked in T.V. shows such as Agents of S.H.I.E.L.D., N.C.I.S.: Los Angeles, Major Crimes, and Reckless. During this time, Baldoni took a break from the big screen and primarily focused on doing T.V. work.

In 2015 and 2019, Emily Baldoni appeared in the American romantic comedy-drama and satirical telenovela Jane the Virgin, where Baldoni’s husband, Justin Baldoni, plays the role of Rafael Solano, the biological father of the protagonist Jane’s child.

Apart from her acting career, Emily Baldoni is also a successful businesswoman. She is the co-founder of AMMA, a company that manufactures stylish breastfeeding wraps.

Emily Baldoni Net Worth and Lifestyle

As of 2021, Emily Baldoni is estimated to have a net worth ranging between $1 million to $5 million. This is because the Swedish actress has made such an impressive earning through her career as an actress. Likewise, her company, AMMA, has also contributed to her wealth.

As a result of such excellent net worth, there is no doubt that Emily Baldoni leads a luxurious lifestyle. Emily Baldoni and her actor husband reside in their lavish home in Los Angeles, California.

The celebrity couple purchased their beautiful home in 2017. With an “urban farmhouse meets Tulum” vibe, Emily and Justin’s humble abode, standing on an area of 2,000-sq.-ft., boasts three bedrooms, two-and-a-half-bath with a heart-shaped rock built into their front steps.

On Instagram, Emily Baldoni is active under the username “emilybaldoni.” The Swedish actress has over 276k followers on the social networking app. Likewise, Emily herself follows 315 other accounts.

Similarly, Emily also uses her Instagram to promote her nursing cover brand, AMMA. Many fans of Emily Baldoni appreciate the Swedish actress for her expressing her honest and unfiltered self on Instagram.

On August 24, 2021, Emily Baldoni shared a snippet of her and Justin Baldoni’s interview with the Man Enough podcast. She captioned it,

“A conversation about dating and marriage which turned into a deeper sharing about the invisible work of women and mothers.⁣”

Likewise, the Jane the Virgin actress posted a selfie with her husband, Justin Baldoni, on August 4, 2021, just a day after her birthday celebrations. The adorable picture was captioned,

“THIRTY-SEVEN ❤️🦁⁣ 1 min left of a glorious day, celebrating with my love and friends that are pure gold. I love growing old, wise, and wild with these people.”

“Friends! If you know anyone who’s pregnant… this is the perfect gift for her 🙂 Satya Twena, Sharon Baldoni, and I have designed it to be the perfect wrap, gorgeous enough to wear on the red carpet (I’ve done this!)…”

Emily Baldoni also has a Facebook page that has over 6.1k followers. Her profile picture features the talented actress in a close-up shot. Likewise, her cover photo contains a beautiful picture of the Swedish actress and her husband, Justin Baldoni, on their wedding day. 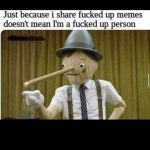 Previous Story
Fucked Up Memes To Get Over Your Bad Times
→ 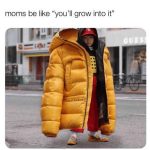 Next Story
Funny Clean Memes to share with your friends & family