Who is Everly Tatum?

Everly Tatum is a celebrity kid born to renowned parents. She is the daughter of famous actor Channing Tatum and equally popular actress, Jenna Dewan.

As she is born to two of the recognized faces of the Hollywood industry, Everly Tatum is already a celebrity in her respect. Her adorable face, combined with a unique personality, has received her constant media attention. What is so special about her character? To know about it, keep scrolling down!

Everly Tatum was born on May 31, 2013, in London, England, United Kingdom. She was born four years after her parent’s marriage.

Everly is just eight years. However, many feel that she has the quality of becoming a star like her parents. This opinion is more popular since the news that Everly is taking dance classes has been out.

Everly’s full name is Everly Elizabeth Maiselle Tatum. Her blue eyes and blond hair make her look like a cute Disney princess. She is loved infinitely by her parents.

The way her parents talk about her during interviews shows how proud they are of their daughter. And rightly so, for her dedication in dancing at such a tender age, is truly impressive.

Everly’s parents are already divorced. However, they have made sure that this will not affect their daughter’s upbringing. Channing and Jenna give equal care and love to their daughter.

Also, Everly has unconditional love and support from her grandparents. So, we can say she is growing up in a loving home, and her childhood is full of happiness and love.

Everly Tatum loves dancing. She loves it so much that Everly took dancing lessons when she was only three! She has her parents’ skills. Her mother says that Everly wants to become a professional ballerina dancer. Wouldn’t we love to see our adorable Everly grace the stage?

Everly is very close to her paternal grandparents, Glenn and Ken. Her grandparents live a very ordinary life. This has made quite an impact on the upbringing of Everly.

Everly looked like an adorable little fairy on her first birthday. Her parents had posted too cute to handle pictures on their Instagram handle. The picture showed beautiful Everly with her butterfly wings and fairy outfit that stole the heart of many.

This is not much of a surprise given the fact that she is a celebrity child. But, the fact that she has seen the glamour of the Hollywood industry since she was one year sounds fantastic. However, this is true. She still goes to movie sets with her father.

Everly Tatum was born on May 31, 2013, in London, England, United Kingdom. She is a celebrity kid born to the famous Hollywood star Channing Tatum and popular actress Jenna Tatum.

Everly was born four years after her parent’s marriage. The news that Jenna was expecting a child had great excitement among her fans and media. Since then, any information related to Everly is of great interest to her well-wishers.

Channing Tatum was filming his movie Jupiter Ascending when Everly was born. Similarly, her mother Jenna had to resume her work on Witches of the West End, when Everly was just three weeks old.

Everly is doted on by her parents. Though her parents were divorced when Everly was only five years old, her parents ensure she gets all the love and affection she deserves.

Channing Tatum is an American actor, producer, and director born on April 29, 1980. He was born in Cullman, Alabama, United States of America.

Channing is a Hollywood star known for his amazing acting skill in movies such as A Guide to Recognizing Your Saints, Stop-Loss, Public Enemies, and others.

However, the famous actor is also known as an impressive dancer. His remarkable dance moves in the movie Step-Up amazed many. This movie helped him showcase his natural talent for dancing.

Similarly, Tatum has also been named the Sexiest Man Alive in 2020. He is also the winner of various prestigious awards such as the People’s Choice Awards, MTV Movie and TV Awards, and many more.

Channing was born to a middle-class family. His father Glenn Tatum, worked in a construction firm while Ken worked for airlines. He is a football scholarship holder at Glenville State College.

However, his love for football later changed into that for acting. So, his struggle for establishing himself into an acting career began. During that time, he worked at different odd jobs like construction workers, strippers, and brokers.

Finally, he was picked by an agent for modeling. His dream of acting turned into reality with his first role in the TV series CSI: Miami. However, his first big-screen role was in the film Coach Carter. After that, Channing has given back-to-back hit movies like Step-Up, She’s the Man and many others.

Most of his films are block-bluster. But, similarly, his killer dance moves, amazing acting skills, and irresistible looks have earned him wide fame and a large fan following.

Jenna Dewan is an American actress, model, and dancer. She was born on December 3, 1980, in Hartford, Connecticut. Her love for dancing began when she was only five years old.

Jenna started her career as a backup dancer for Janet Jackson. She also worked with other famous personalities like Missy Elliott, Pink, and Christina Aguilera.

She has appeared in various series like The Playboy Club, Asylum, Witches of the West End, and Lucy Lane. However, she is most famous for her role as Nora Clark in the movie Step-Up.

How did Channing and Jenna meet?

Channing and Jenna met in 2006 on the set of the movie Step-Up, in which they worked together as co-stars. They made an adorable pair both on and off-screen. They soon realized they were falling for each other.

As Channing later put on though he wasn’t ready for any commitments when he first met Jenna, he could feel the connection they had. In one of the interviews, he said, “I was trying to run from what I knew Jenna was—not someone I was just going to date.”

Channing proposed to Jenna in September 2008.  Her answer was yes. The couple tied their knots in July 2009 in an outdoor ceremony. The striking couple was deeply in love. They were always the center of attention because of their undeniable chemistry. Also, their love for dance bonded the couple even more.

Finally, the couple announced their pregnancy in December 2012. Their daughter Everly came into the world in May 2013.

Why did Channing and Jenna Divorce?

Everly was only five when her parents decided to be apart. But, unfortunately, there is no precise reason why the seemingly perfect couple decided to end their marriage.

The couple announced their divorce in 2018. Many sources state that the busy schedule of Channing was the major reason for their separation. With Channing working on four projects in one year, the pressure was too much on Jenna. They also had different life choices, so they just “drifted apart.”

Channing is doing an excellent job as a single dad. Though initially worried about raising a daughter as a single father, he says he has learned the art very well.

He has nicknamed Everly Littles, and his love for her is obvious. Channing has even written a children’s book titled The One and Only Sparkella and has dedicated it to Everly. He writes “To Everly, the most brilliant magical being that I have ever known. You are my greatest teacher. My only wish is for more time in this life to play in all of the magical realms we have created.”

Similarly, Everly is also the light of her mother’s eye. She takes her daughter to dance classes. Moreover, they have a beautiful mother-daughter relationship.

Steve Kazee is the fiance of Everly’s mother. Jenna Dewan is engaged to the Tony-Award-winning actor Steve Kazee since October 2018.

He has received various awards and recognition for his works as a singer and actor. He is also the Grammy Awards winner for the soundtrack in Once.

Jessie J is the ex-girlfriend of Everly’s father Channing. However, they are not together now.

Jessie J is an English singer and songwriter best known for her hit song Nobody’s Perfect.

Jessie J shares a special bond with Everly. In one of her posts, Jessie shared a picture of her dancing with Everly. They seemed to enjoy the moment.

Everly is the only child born to her parents Channing and Jenna.

However, after their divorce, Jenna is engaged to be married to Steve Kazee. The couple welcomed their son on March 6, 2020, and have named him Callum Michael Rebel Kazee.

Jenna says Everly loves being an elder sister. She wants to cuddle her little brother all the time. She is proudly being her mother’s little helper and can’t wait to share her room with her brother. What a sweetheart!

Channing Tatum was in a relationship with the famous singer Jessie J. However, they have already split up and are no longer together.

Everly Tatum is a celebrity kid. Her parents are multi-millionaire. Their primary source of income is acting.

Everly is too young to be involved in any career. However, the fact that she is born to a celebrity family makes her a millionaire.

Based on her parents’ income and other facts, the net worth of Everly Tatum is estimated close to USD 1-5 million. Everly is born rich!

How old is Everly Tatum?

Was Channing Tatum ever a stripper?

This might sound unbelievable. However, the truth is Channing did work as a stripper. It was during his struggling phase as an actor. He worked as a stripper at a local nightclub called Male Encounters under the name “Chan Crawford.”

When the news that the Hollywood star was a former stripper surfaced, Channing took the matter into his hands quite well. His movie Magic Mike is based upon his experience as a stripper.

The simple answer would be “No.” Channing never took any formal dance lessons. It is his natural talent that has made him a dancing star. Channing credits his martial arts training that according to him improved his dancing skills. He also says he learned to dance from his girlfriends’ moms!

Who is Everly Tatum?

Are Channing Tatum and Jessie J still together?

Channing and Jenna have a rather tumultuous relation. The couple had split in November 2019 but reunited again in January. The patch-up, however, was short-lived. The couple again parted ways in April 2020. They are not together now.

How much is Channing Tatum’s worth? 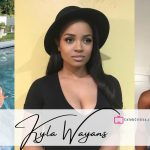 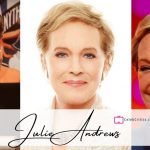