Who is Gabriel Iglesias?

Gabriel Iglesias is a  famous comedian who goes by the stage nickname Fluffy. His favorite standup special is I’m Not Fat… I’m Fluffy and Hot & Fluffy. His latest standup comedy special, The Comedy Event, is said to be revealed this year.

Gabriel is of Mexican heritage and has a very diverse audience. He often jokes about race relations and avoids any edgy humor. In addition, he was also in Modern Family, Magic Mike, Key & Peele, Narcos, etc.

Gabriel Iglesias is also in The Fluffy Movie, in which he talks about his vast weight, his diabetic problems, and mental health. In addition, Gabriel was a guest in designer Tan France’s show “Dressing Funny.”

He has appeared in many films and TV shows. For instance, he was on shows like All That, Family Guy, Narcos, Modern Family, The Masked Singer, etc.

He is the youngest child of Jesús Iglesias and Esther P. Mendez. He has five older siblings. But after Gabriel’s birth, his father walked out of the family forever.

His single mother then raised Gabriel. His heritage is Mexican. He grew up all over the places like Riverside, Baldwin Park, Corona, etc., before finally settling down in Long Beach, California.

Gabriel’s father is Jesús Iglesias and his mother is Esther P. Mendez. Gabriel’s father walked out from his family and never came back. Esther then raised her six children all on her own.

Gabriel Iglesias was very close to his mother. In addition, it was a massive loss for him when his mother died on May 1, 2012. She was seventy-seven years old. Her remains are in Los Angeles, California.

Gabriel is the youngest of six children in the Iglesias family. However, the names of his five older siblings are not known.

However, Gabriel once posted a picture of him with his sister, brother-in-law, and niece. He revealed that his sister’s name is Esther, just like his mom’s. The name of his brother-in-law is Gordy, and his niece is Andrea.

Gabriel used to date Claudia Valdez. They dated from 2012 when they met on a movie set. The couple made their first public appearance as a couple in the ‘A Wish for Animal Benefit’ event.

Both of them even moved on to live together. Gabriel adopted Claudia’s son and lived like a family. Unfortunately, the couple got separated in July 2020. However, they did not state their reason.

As of now, Gabriel is single. Moreover, he has also never been married.

Gabriel Iglesias doesn’t have any child of his own. However, he did adopt and took care of his ex-girlfriend’s son.

The son’s name is Frankie who was born in 1998. Unfortunately, there isn’t more information about him. But while his mother Claudia was dating the comedian, all three of them used to live together. The comedian has also shared few pictures of him and Frankie on his social media account.

Since Gabriel has such a good bond with Frankie, many people assumed Frankie to be his actual son. However, this isn’t true.

Frankie may not be Gabriel’s biological father, but Gabriel took care of him as his own. Even after Gabriel’s split with Claudia, Frankie and Gabriel remain still close.

Because of his heavy weight, Gabriel had to through a lot. Moreover, he made a movie about this part of his life and explained it in The Fluffy Movie.

In the movie, Gabriel is the heaviest he had ever been. He weighed 445 pounds. He was diagnosed with Type II diabetes. Gabriel’s doctor gave him the sad news that Gabriel had only two years to live.

Type II diabetes is a severe disease where a body has a high level of sugar. Unfortunately, this is a long-term disease. If not treated properly, the immune, nervous, and circulatory of the body would be completely weak. The treatment is, of course, insulin doses.

It came as a shock to him and made him reevaluate the way he had been living. As a result, according to Gabriel, he began to change his lifestyle and eating habit.

Gabriel says that he has a slow metabolism which results in the storing of fat in his body. He also decided to have bariatric surgery. But due to his tour, he missed his chance.

Alternatively, he had to weight lift, do some yoga, and have a balanced diet. It was tough for him. But fortunately enough, he was able to lose more than 100 pounds.

On the other hand, Gabriel began to suffer from depression as well as alcohol abuse. In addition, he revealed that he even faced burnout due to his tour schedule.

On July 15, 2021, Gabriel informed his fans that he had tested positive for the coronavirus. He said that he had had a body chill and body aches the symptoms. Gabriel has also lost his tasting and smelling sense.

However, Gabriel is all set out to improve his health once more. He promised his fans to get the negative COVID-19 test results and return to touring. I hope he gets well soon.

Before Gabriel became a comedian and earned his nickname Fluffy, he used to work at a cell company. Moreover, it was a good job. He used to work full time, and the pay was good as well.

But Gabriel wasn’t happy; it wasn’t what he wanted to do for the rest of his life. But, on the other hand, he was interested in Comdey. So he gave up his old job in 1997.

Gabriel went from restaurants to bars. He even performed for free. He only needed an audience to entertain. And his fans grew.

Since he had no source of income and he was performing for free, he had to sell his car. In addition, even his house got evicted in the end. But this didn’t stop Gabriel from achieving his dream.

Soon after, Gabriel got his break in 2000. He was cast in a Nickelodeon show called All That. The other actor who starred alongside him was Nick Cannon and Amanda Bynes.

In 2006, Gabriel Iglesias took part in a reality show called Last Comic Standing. He got to the top eight. Unfortunately, he smuggled a phone into the show, which wasn’t allowed. Unfortunately, Gabriel was later disqualified.

He began working as a Voice actor in 2007. First, he voiced a Mexican Family in the show The Family Guy, which is very impressive. He later went on to voice many characters of many animated movies. Some of the movies are Coco, The Book of Life, Ugly Dolls, Space Jam: A New Legacy, etc.

Gabriel also began to work as an actor. He appeared in many movies and TV series. He was in the Modern Family, Narcos, Magic Mike, Key & Peele, etc.

Gabriel has done many standups, and his works for I’m Not Fat… I’m Fluffy, and Hot & Fluffy was well received. His latest Netflix special called ‘The Comedy Event’ is said to be out soon.

In 2012, Gabriel Iglesias was nominated for ALMA Awards for his comedic act. The year 2012 had more surprises for Gabriel. He was awarded the key to El Paso city. Moreover, he also received the Beacon of H.O.P.E Award from an organization called Operation H.O.P.E.

Furthermore, Gabriel got nominated for Imagen Award in 2018 & 2021 for Best Actor. He earned this nomination due to his role in Mr. Iglesias.

Gabriel is not only a comedian but also an actor. In addition, he has his TV show and food show. It certainly had earned him good money. Altogether, Gabriel is now worth $40 million in total.

The comedian currently owns a house in Whittier, California. Gabriel had bought the house ages ago in 2006. As per the information, the house cost him about 1.6 million dollars.

Gabriel has a warehouse where he collects his cars. He is obsessed with Volkswagen buses, and the whole collection is worth almost 3 million dollars.

Gabriel Iglesias is very active on social media and uses it as a medium to connect to his fans. He has one million followers on Twitter. He is also entirely involved with his Facebook and Instagram accounts.

Gabriel Iglesias was never married. However, he was in a long-term relationship with his girlfriend, Claudia Valdez.

After twelve years of dating, the couple, however, parted their ways. They ended their relationship in July 2020. Moreover, they have revealed thor reason for such a decision.

Does Gabriel Iglesias has a son?

Gabriel Iglesias was in a relationship with his then-girlfriend Claudia Valdez. Claudia already had a son from her previous relationship. The name of her son is Frankie.

The couple, along with Frankie, lived together while they were dating. In addition, it led to such assumptions.

Frankie was born in December 1998. After Gabriel started to date Claudia, he also adopted Frankie, and they lived together in his home. However, Frankie is not Gabriel’s biological son.

No, Gabriel Iglesias is still a comedian. Furthermore, he was busy touring all across America. But later, he canceled the rest of his shows which were to take place in San Antonio.

The comedian posted a video on Twitter where he informed his fans that he has the coronavirus. In addition, he revealed that he has body chills and aches due to the virus.

He posted the video on his birthday. Gabriel said that even though he could not taste and smell the birthday cake, he still ate it.

Gabriel was born in California, America. But he is of Mexican heritage. Moreover, his family came from Mexico and began to live in America.

So no, he is not Flipino. By nationality, Gabriel is an American. 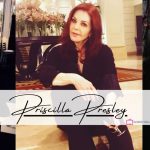 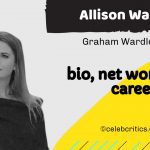