Who is Grant Chestnut?

Grant Chestnut is the son of Morris Chestnut, an American actor.

Morris is a prominent figure in the Hollywood industry. He has been in the lead role in many movies. However, his career took off after playing “Ricky” in the movie Boyz n the Hood.

Grant Chestnut, Morris’ son, has built a successful career path in the marketing and business sectors. But, as a result, he has rarely been in the spotlight of the media.

He is the first son of Morris Chestnut and Pam Byse. Grant Chestnut was born into the Chestnut family in 1997 in Cerritos, California, USA. He is 25 years old.

Grant is the eldest of the Chestnut siblings. In 1998 Grant was blessed with a sister, Paige Chestnut.

Although his father is a leading Hollywood actor, Grant has lived a simple life.

In 2018, Grant graduated from the University of Colorado Boulder. As an academician, he has excelled in his field and proudly shared images from his graduation on his Facebook page.

Grant ranked among the top four of the P&G CEO Challenge during his time in college. Participants came from worldwide to take part in the CEO challenge. Dubai hosted the finals in 2019.

His sister Paige is pursuing a career as a fashion model. He, however, does not seem to be enthusiastic about the entertainment industry.

Standing tall at 172cm, Grant Chestnut seems to be a desirable young man in the lady’s eyes.

He is passionate about working out and maintaining a healthy physique too. We can see he has shared his progress on his timeline, and he does look amazing in the images!

Grant Chestnut is one of the rare celebrity kids whose parents have an ideal marriage life. There are no divorce, drama, or controversies surrounding Morris and his wife, Pam Byse. Instead, they have been together for an impressive 24 years.

So far, there is no news on Grant’s romantic affairs. He is handsome yet single. The fact that he has been seen with his lady friends frequently suggests he is popular with them. He was also seen at Aspen Snowmass Ski Resort with his lady friends, including Alex Pesce.

Grant may be secretive about his intimate relationships, but he doesn’t hold back on posting moments and pictures with his lovely family on his social media platforms.

Fans were touched when he shared the following picture with Morris Chestnut on the occasion of Father’s Day.

He wrote on his Facebook page the caption, “Happy Father’s Day to the best dad on the planet!! I can’t even put into words how much I appreciate everything you do for me and our family!”

In the photo, the Chestnut family is wearing identical pajamas on what appears to be Christmas Day. Grant seems to be quite the family man. He appreciates the family and shares images with them. In addition, he doesn’t hesitate to mention his love and appreciation for them in his post captions.

Grant seems to have gotten that quality from his father, Morris Chestnut. The Chestnut men value their family and aren’t hesitant to display it publicly.

“Wishing the greatest mom on the planet a very Happy Mother’s Day today🌹🌹!!! Throwbacks over the last 4 years of us traveling all over the world together! I know you hate planes, haha, and I appreciate you coming on many journeys with the family that loves you dearly. Cheers to many more great moments!”

Here is another picture of Grant with his sister Paige Chestnut. The siblings seem to be having a great time here! He seems to have a perfect relationship with his parents and sibling.

The eldest child in the Chestnut house also seems to have a passion and fondness for animals. Apart from adorable pictures with his family, Grant also posts cute photos with his pet dogs.

Morris Chestnut has made numerous appearances on the movie screen and television screen. He has played many roles as a law enforcement agent, but his acting career has a wide range and various characters.

Morris is also very passionate about fitness and maintaining healthy relationships. His long-lasting and successful marriage is a fine example of it. He was also a co-author of “The Cut,” a health and fitness book.

He has starred with the action hero Steven Seagal in movies such as Under Siege 2: Dark Territory (1995) as Seagal’s reluctant partner and lead male villain in Half Past Dead (2002) and Prince of Pistols (2008).

Morris has a great relationship with both his children. He is very supportive of their career path.

His sister has ventured into the Hollywood world with her keen interest in modeling for now. She has been signed by a company named Wunder Management as a model. She has also walked the runway in a few fashion shows, and it’s just the start of her modeling career.

Grant is working as a sales coordinator at EF Educational Tours. After proving his skills and capability during his college years, he continued in marketing and landed a great job at the institution.

Unlike his father, Morris Chestnut, Grant has stayed away from the celebrity spotlight and Hollywood limelight. Except for the occasional appearance during Red Carpet with his father, Grant isn’t active in the entertainment world.

What is Grant Chestnut’s net worth?

Although Grant Chestnut’s exact net worth is under review, he reportedly earns somewhere between $2 million to $2.5 million years as a sales coordinator.

Grant’s father, Morris Chestnut, has a net worth of $8 million as of 2019 from his notable career in the movie industry, while his mother, Pam Byse, is estimated to be around $4 million.

Grant’s future net worth will definitely grow in numbers after getting fresh out of college and already landing an impressive position.

On Facebook, he is frequently posting wonderful images with his family on different occasions. He also has pics with his adorable pet dogs. 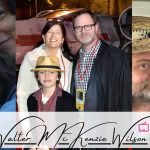 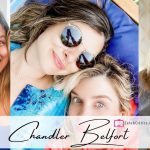