Who is Hailie Jade?

Hailie Jade is a social media influencer and singer. She is also the eldest daughter of the beloved American hip-hop artist Eminem. Throughout his life, Eminem has repeatedly referenced Hailie in his songs. The rapper’s fans mainly knew about her existence due to his early tracks like ‘Hailie’s song’ and ‘Mockingbird.’

Eminem occasionally talks about how proud he is of his daughter, Hailie in his interviews. He often hints that the father-daughter duo is quite close, although they are not seen together in public frequently.

Hailie has a massive following on social media thanks to the fame of her dad. She has been a subject of interest thanks to the immemorable songs of Marshall Mathers III

Hailie Jade was born on December 25, 1995, in Detroit, to Eminem and Kimberly Anne Scott. The couple named her Hailie which is an English word that means Hay Meadow. It is the grassland used for growing hay crops.

During her birth, her father, Eminem, was still a struggling artist. It led to financial problems for significant years of her childhood. Eventually, Eminem rose to success and provided financial security for his family. But, the family’s problem did not just end there.

Despite the fortune and better lifestyle, Hailie went through a troubled childhood. It was due to her parents’ fluctuating relationship. According to sources, Hailie’s parents broke up for a considerable amount of time, a year after her birth, before getting back together.

Regardless of the tension looming in the family, Eminem gave Hailie a normal upbringing. Hailie Jade pursued her high school degree at Chippewa Valley High School in Michigan. She was quite academic and athletic. She was also a member of the National Honor Society and was on the volleyball team.

After graduating with the highest distinction from her high school, Hailie joined Michigan State University. She completed her undergraduate degree in Psychology in 2018. Hailie was enlisted on the dean’s list.

She is intelligent and beautiful.

Hailie Jade’s father, Marshall Bruce Mathers III, aka Eminem, is a rapper, actor, and music producer. He is popular as one of the most influential rappers of all time. Eminem is famous for telling his story and life experience through his songs.

Throughout Eminem’s career, Hailie has been a prominent subject in his work. He mentioned her in more than 20 of his songs. The songs are ‘Hailie’s Song,’ ‘Mockingbird,’ ‘My Dad’s Gone Crazy,’ ‘Kim,’ ’97 Bonnie and Clyde,’ ‘Beautiful and My Darling,’ and many more.

Eminem’s fans only knew about Hailie’s existence when he released the song called ‘Hailie’s Song’ in his earlier days. Before the song, Hailie had an ordinary life away from the limelight.

In one of his songs, ‘Mockingbird,’ Eminem talked about his regret for not being there for Hailie. He also assures her that despite his tumultuous relationship with her mother, they both loved her regardless.

Few of his lyrics in ‘Mockingbird’ read,

Lyrics from the song Mocking Bird

Kimberly Anne Scott is the biological mother of Hailie Jade. She has been the love of life of Eminem. They have had so many ups and downs in their relationship, multiple divorces, and everything can be a perfect ingredient for a dark romantic movie perhaps.

Hailie’s parents met for the first time when they were in their teenage years at a house party. Kimberly and her twin sister ran away from their home in 1987. However, the two sisters did not have any place to go, so Eminem welcomed both of them in his house.

Soon Kimberly and Eminem developed a romantic relationship, and they welcomed their daughter, Hailie Jade. After their first child was born, the pair had an on-and-off relationship several times. They finally got married in 1999 and divorced after two years in 2001.

In the same year, Kim was arrested and charged with cocaine possession. Two years later, she was again accused of cocaine possession, driving with a suspended license, and unsafe driving near a stopped emergency vehicle. Due to the incident, the court sentenced her to 30 days.

Kim and Eminem had a fluctuating relationship. In 2006, the pair remarried again. However, their marriage did not last the second time either. They got divorced several months later despite their commitments. The couple’s second divorce led to an ugly battle for Hailie’s custody. Eminem won the physical custody of their daughter.

Alaina Marie Mathers is two years elder to Hailie. She was born on May 3, 1993. Dawn Scott, the twin sister of Kimberly Anne Scott, is the biological mother of Alaina. Her name was changed from Amanda Marie Scott to Alaina by Eminem so that she can forget her past.

Eminem also refers to her as Lainey with love. Alaina calls him “Uncle.”

Whitney is Kimberly’s daughter from her relationship with Eric Hartter. She was legally adopted by Eminem. Whitney was born on April 16, 2002. She is the youngest sister of all.

Parker Scott is the half-brother of Hailie Jade. He is the son of Kimberly Anne Scott and Mick Parker. There isn’t much information about Mick Parker that we can find online.

Today, Hailie Jade is in a relationship with Evan McClintock. The pair met for the first time at Michigan State University. Evan was pursuing an economics degree there.

Hailie does not publicly talk about her relationship. A close source to the Mathers family confirmed that they, including Eminem, had welcomed and accepted McClintock. The public spotted Hailie and Evan going out and about in Michigan and New York in 2019.

Hailie Jade rose to prominence when she entered the Guinness Book of Record in August 2002. She was only six years old then.

During that time, she was the youngest performer credited with an R&B song, ‘My Dad’s Gone Crazy.’ It is a song Hailie had performed alongside Eminem.

Despite having an influential father who earns millions, Hailie is slowly working to build her brand. After graduating from university with a 3.9 GPA, she created her profile as a social media influencer. She is active on media channels like Instagram and Twitter.

She joined Instagram in October 2016 and gained millions of followers in no time. The influencer is mainly interested in the beauty world. Hailie posts pictures related to fashion and travel.

She also revealed in an interview with Daily Mail that many people are reaching out to collaborate with her. She also stated that several companies who work with the magazine had contacted her for possible photoshoots. Either way, we hope we get to see her work and grace in several magazines.

Most of her pictures in the account consist of traveling around and posing for an aesthetic look. Furthermore, she has also posted workout videos on her account for her follower’s convenience.

Overall, most of her posts in both accounts are what she claims in her bio. Her bio in the media platforms read,

“attempting to curate a feed that accurately represents my life and is somehow aesthetically pleasing.” 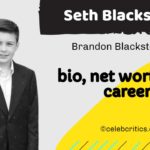 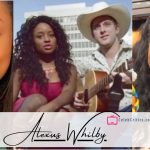