Who is Jacinda Barrett?

Jacinda Barrett is an actress who rose to fame after appearing as a cast member on The Real World: London in 1995. A former model, Jacinda Barrett has been a part of films such as The Human Stain, Bridget Jones: The Edge of Reason, Ladder 49, The Namesake, Poseidon, and The Last Kiss. Although Jacinda was born in Australia, she became a US citizen at the Los Angeles Convention Center on August 28, 2009.

Jacinda Barrett was born on August 2, 1972, in Brisbane, Queensland, Australia. The former model is the daughter of Jerry Barrett and Lyn Barrett. Her father Jerry Barrett was an airport firefighter. Jacinda was raised in a middle-class family.

Jacinda received her early education from Kenmore State High School in Brisbane. After completing her high school education, Jacinda attended San Sisto College. During her college days, she participated in the annual Dolly Covergirl competition. She won the competition in 1988 and after this many modeling doors opened for the beautiful Australian native.

In 1997, Jacinda Barrett enrolled in a Midsummer program at the British American Drama Academy in Oxford, England. This helped her to enhance her acting skills which greatly helped her career as an actress.

After winning the yearly Dolly Covergirl contest in 1988, Jacinda Barrett started her modeling career at the age of 17. She toured throughout Europe and became the face of many reputed fashion brands. In 1995, Jacinda made her TV debut with The Real World: London which was aired on MTV. Two years later in 1997, she made her film debut with Campfire Tales.

In September 1998, Jacinda appeared as a model for Maxim. She was the model for an article where she promoted her NBC primetime soap opera Wind On Water. Despite the promotion, the show failed to leave its mark on critics and the audience. Due to this,  Wind on Water was canceled after only one season.

In 2009, Jacinda Barrett appeared alongside her husband Gabriel Macht in the movie Middle Men. Many years later, the husband-wife duo appeared together on the American legal drama Suits. Jacinda was a part of the show’s second season where she played the love interest of her husband’s character. In 2013, Jacinda joined the main cast of the Netflix series Bloodline.

Jacinda Barrett is married to American actor Gabriel Macht. They got married in 2004 and they have two children together. Their daughter was born in August 2007 in Los Angeles, California, USA. Her name is Satine Anais Geraldine Macht. Likewise, their son was born seven years later in February 2014. His name is Luca Macht. Before her marriage to Gabriel Macht, Jacinda Barrett was engaged to TV host and comedian Chris Hardwick. 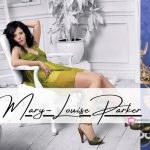 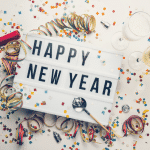