Who is John Krasinski?

John Krasinski is an American actor, producer, director, and screenwriter. He is famous for playing Jim Halpert in The Office, a popular TV series. He is the youngest son of Mary Clare and Ronald Krasinski. Although he most famously starred in The Office as the smart and kind-hearted guy, John has also appeared in various other films, including 13 Hours and The Hollars.

He has received many awards and nominations for his outstanding performances in various movies. Some include the Critics’ Choice Award, Emmy Awards, Screen Actors Guild Award, etc.

Krasinski proves his worth not only as an actor but as a director and producer as well. He directed the movie A Quiet Place, which is enough to show his caliber as an outstanding director. John Krasinski is the perfect example of multi-talented.

John was nominated as the 100 most influential person in the world. He truly deserves the title, for his success story starting as a waiter is indeed influential and inspiring. Yes, you read it right! John Krasinski worked as a waiter at the beginning of his career.

John is married to the famous British actress Emily Blunt. The stunning pair has made a significant impression in the Hollywood industry. John’s extraordinary ability as a director combined with Emily’s realistic acting skills have given Hollywood industry masterpieces like A Quiet Place along with its sequel.

1. John Krasinski worked as a waiter

John Krasinski waited tables before he got his breakthrough role in The Office. Like many struggling actors trying their luck in the Hollywood industry, John worked as a waiter to make ends meet. He later described his job experience as “the worst.”

2. John had a deal with his mother to start teaching English if he couldn’t live off acting.

Yes, it indeed is true! John was almost ready to give up on his dream of becoming an actor. However, his mother asked him to hold on a little longer. As a mother, she didn’t want her son to give up. Will you believe John got the role in The Office just three weeks after that? So, if it weren’t for his mother, the talented actor would never be where he is today. Mothers are mothers, after all. They know what is best for you, always!

3. He went to high school with the writer and executive producer of The Office, B.J Novak

John Krasinski and B.J Novak worked together even before The Office. The duo went to Newton South High School together. Not only did they study together, but they also began their acting career together! In fact, John acted in a satirical play written by B.J Novak during their senior years. So, John feels it was Novak’s influence that encouraged him to follow an acting career. As he put in an interview, “The way I tell it, I feel like I owe him a percentage of everything I’ve done since.”

John Krasinski worked as a high school English teacher at a local high school in Costa Rica. It was soon after he passed out of high school and hadn’t even joined college.

5. He lost significant weight for one of his movies

Can you believe that John lost 17% of his body fat for his role in the film 13 Hours. Talk about dedication; he dropped his body fat from 25 to 17%

We don’t know if John regrets this. But, what we know is he had auditioned for the role of Captain America. He even reached the custom rehearsal round. Then what went wrong? Just that John saw Chris Hemsworth in the screen test. Then, he decided he stood no chance! Who knew if he could’ve been Captain America. Not that we don’t love Chris Evans, though!

On October 20, 1979, John Krasinski was born at St. Elizabeth’s Hospital in Boston, Massachusetts, USA. Born to a Polish father and an Irish mother, he was raised as a Roman Catholic. However, his interest in acting grew at a very early age. This was because he made his stage debut as Daddy Warbucks in a sixth-grade school production Annie.

He completed his high school education at Newton South High School in 1997. During his high school days, he co-starred in a satirical play written by his friend B.J Novak. Novak later became the writer and producer of the famous TV show The Office, where John Krasinski gained wide popularity for his role.

After completing his school education, John taught the English language in Costa Rica for few months. While he worked as a teacher there, he became a real-life hero. He saved a girl who studied at the school from drowning by quickly springing into action and saving her.

John Krasinski then went to Brown University, a prestigious Ivy League research university, to study English. He graduated in 2001 as a playwright with an honors thesis in “Contents under Pressure.” He had decided that he would become an English professor, but fate had other plans for him.

During his time in the university, he helped coach youth basketball players at the Gordon School in Rhode Island. It was because not only was he tall and athletic, but he was also good at basketball. He was also a member of the sketch comedy group called Out of Bounds.

During that time, he also interned with Canon O’Brien as a scriptwriter on Late Night with Brien. He later came to the show as Canon’s guest. He indeed achieved great heights!

Ronald Krasinski was born in 1945. He grew up in Natrona Heights, Harrison. There, Ronald lived with his mother, Regina Krasinski. He completed his high school at St. Joseph’s High School. He then graduated from Catholic University. He chose internal medicine as his specialization and fulfilled his dream of becoming a doctor.

One would expect, as a doctor, Ronald would’ve wanted his son to follow his steps. However, this was not the case. Instead, he gave his full support to John.

Mary Krasinski was born in 1949. She, too, is in the medical profession. She worked as a nurse in Newton, Massachusetts.

It was Mary Claire who encouraged her son John to follow his passion. When John was on the verge of giving up on his dream, his mother urged him to try a little longer. Needless to say, heeding his mother’s advice helped him reach where he is now.

John Krasinski has the youngest of the three brothers. He has two elder brothers Kevin and Paul Krasinski.

Kevin Krasinski is John’s older brother. He has followed in his father’s footsteps. Yes, he is also a doctor. A Tufts University School of Medicine graduate, he is a skilled orthopedic surgeon.

He specializes in surgery and treatment of injuries for professional athletes.

Paul is the second child of the family. He has accomplished great success in the business field. Paul graduated from the prestigious Columbia Business School. Now, he has his own company named Epicenter Experience LLC.

Emily Blunt is a British –American actress. She is known as a versatile actress able to portray any character perfectly. Born on February 23, 1983, she is widely recognized for her appreciable role in The Devil Wears Prada. Emily has also given other unforgettable and critically acclaimed movies like My Summer of Love, Edge of Tomorrow, and Sicario.

John and Emily’s relation is indeed couple goals. Not only do they make an insanely beautiful couple, but the bond they share too is extraordinary. They talk adoringly about each other in various shows. They are happily married for more than a decade, and they still are deeply in love with each other.

As both of them agree, it was love at first sight for both of them. They first met at a restaurant through a mutual friend. John describes the meeting as something that made him nervous. In one of his interviews about his first meeting with Emily, he said,

Krasinski and Emily Blunt started dating each other in 2008. The stunning couple was engaged in August 2008. On July 10, 2010, they officially tied their knot in a private ceremony in Como, Italy.

The couple worked together in the movie A Quiet Place. John was the director, and Emily starred in the movie. The horror thriller was a huge success and gained much applause. John Krasinski has two adorable daughters, Hazel and Violet Krasinski.

Hazel is the elder daughter of John Krasinski and Emily Blunt. She was born on February 14. 2014. She is an adorable child. She has also done a cameo role in her parents’ movie A Quiet Place.

Violet is the younger daughter of John and Emily. She was born on May 21, 2016. Her father loves her infinitely. He even honored his daughters by wearing a shirt with their name initials stitched to it in his show. How lucky the girls are to get such a loving father!

John Krasinski had his first breakthrough after getting the role in the hit TV series The Office. Krasinski’s and Jenna Fischer’s characters served as the major interest in the entire series. Their chemistry made the series even more enjoyable.

After the hit TV series, Krasinski got major roles in several films and TV series. Many appreciate his roles in the films like 13 Hours, Leatherheads, License To Wed, and others. He also worked as a screenwriter, director, and producer. He even worked as a voice-over artist for various animations and documentaries.

Following is the detailed list of all the films in which John Krasinski was involved.

John Krasinski had started a YouTube channel show, Some Good News, during the Coronavirus pandemic. In the time of global crisis, this inspirational show had come as a relief for many.

However, the news that John sold his show to Viacom CBS was criticized by many. This controversial decision made many of his fans quite unhappy.

John Krasinski later clarified his decision. He said he had other prior commitments he couldn’t leave. So, the only option he had was to hand over the show. But, he also stated, “My time on the Some Good News was the most emotionally fulfilled I’ve ever felt in my entire life.”

John Krasinski’s net worth is estimated to be around USD 80 million. Most of his income comes from his successful acting career. Besides that, he is also an equally capable filmmaker.

John, along with his successful wife Emily, lives a very luxurious life. They have a beautiful condo in Brooklyn, New York, worth USD 15 million. Similarly, John also owns Audi Q5 and Mercedes Benz ML B50. These luxurious cars are worth around USD 32,600.

How tall is John Krasinki?

How old is John Krasinki?

Who is John married to?

Emily Blunt and John Krasinski met through a mutual friend. They met at a restaurant in Los Angelos where Emily was with her friend. There John ran into them. Then, they were introduced there, and the rest is history.

What religion is John Krasinski?

John Krasinski was raised as a Roman Catholic.

How old was John Krasinski at the start of The Office?

John Krasinski was 26 years old when he got the role in the TV series The Office.

Yes, John and Emily are still married. They are delighted with each other and are still madly in love.

How tall are John Krasinski’s brothers?

John Krasinski has two brothers Kevin and Paul. Both the brothers are taller than John. One of the brothers is 6’10” while the other is 6’6” tall.

Why did John Krasinski leave The Office?

The Office had completed its nine seasons. Finally, John Krasinski suggested that they had to wrap up the show. The reason he had didn’t contract deals. Instead, he felt that they had to end the show before the network did it for them. This way, they could end the show on the highest note possible. 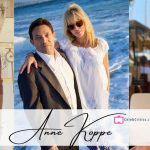 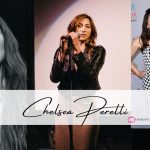