Who is Layla Kiffin?

Layla Kiffin is an independent woman. She is usually highlighted for her connection with people related to football, her father, and her ex-husband.

Layla is an Arabic female name that means “night” or “dark.” These names are mostly given to babies who are born at night

Layla Kiffin’s real surname is Reaves. She got her last name, Kiffin, from her well-known husband, Lane Kiffin.

That was just a short introduction of Layla Kiffin, and there is still much to know about her.

Let’s dig further to learn more about her journey from Reaves to Kiffin, her early life, the present life, and many more.

1. Layla Kiffin is the daughter of John Reaves

Layla was born to John Reaves and his ex-wife on January 3, 1974. John was a well-known American college and professional football player.

She grew up with her dad and her two younger brothers.

2. Layla Reaves dated Lane Kiffin for only three months before tying the knot

Layla and Lane dated for three months before getting engaged. Lane asked her dad for his permission, and thus, they had a grand wedding in 2004.

3. Layla Kiffin is the mother of three kids

Layla and Lane had a mutual divorce in March 2016 due to irreconcilable differences. However, they are co-parenting their children.

Rumors have it that Lane had an affair with an unknown Alabama lady.

After the marriage, Layla remained single.

Layla is enjoying her motherhood and is taking care of her two daughters and a son.

She lives in California, Manhattan Beach, with her three children.

On January 3, 1974, Layla Kiffin was born in Florida, the United States as the first child to her parents.

She is the daughter of a well-known American college and professional football player, the late John Reaves.

Layla Kiffin’s parents separated when she was very young; hence, her mother’s identity has been kept secret till today.

The tragedy of separation from Kiffin’s mother and his wife, John Reaves, had a hard time getting over it. Eventually, he moved on and had gone back to everyday life. Layla was very young when she witnessed all this.

Layla has been a responsible and strong woman since her childhood in every situation that comes her way.

John Reaves was born in 1950 in Alabama. John Reaves is a famous American college and professional football player who played as a college footballer for the University of Florida.

He was in the National football league for eleven seasons and the United States Football League for three seasons.

John Reaves divorced his wife when Layla was very young, and at the same time, he had to depart from his mother. He was once arrested for possession of drugs and gun charges.

He had to join the rehabilitation center in May 2009.

John Reaves took care of his children as a single parent after he separated from his wife, and to our surprise, he is the one who supported Lane Kiffin’s marriage to Layla.

The heart-wrenching news of John Reaves’s demise at the age of 67 on August 1, 2017, shook everyone and was one of Layla Kiffin’s life’s saddest parts.

Layla Kiffin is blessed with two younger brothers named David Reaves and Stephen Reaves, active in the sports field like their father.

While continuing the father’s legacy, David Reaves served as an assistant coach to Lane Kiffin when Lane Kiffin was serving as the Tennessee Volunteers Football head coach for one year.

Stephan Reaves is the youngest one in the family and is an American football player.

He was involved in college football, played for the Southern Miss Golden Eagles, and worked as the street-free agent of the Canadian Football league.

The gorgeous 48 year-old beauty has a stunning personality. She is fitness conscious. Even in the 40s, Layla Kiffin looks fine and is aging like wine.

This blonde beauty, born in January, has a star sign, Capricorn.

Layla Kiffin stands 5 feet 6 inches tall. She is blessed with blonde hair and grey eyes. The mother of three children is still young, fit, fine, and healthy. She is enjoying her life to the fullest.

Layla Kiffin enjoys her motherhood right now, as we can see her being mostly busy raising her babies.

The introduction of Lane to Layla by Monte Kiffin started a serious conversation, and the couples finally decided to get married. The three months of dating turned to engagement in the same year.

The news of marriage surprised their fans and even Layla Kiffin’s father when Lane went to ask his permission to marry his daughter.

The grand wedding took place in 2004. Close friends and family attended it. The couple surprised everyone with the first child’s news within one year of marriage.

The second good news was when the couple welcomed their second child in 2007. They named her Presley Kiffin, and again after a year, they welcomed a baby boy, Monte Knox Kiffin, in the year 2009.

Layla was a huge supporter of her husband. Her twitter can be cited as an example of how much love was there between the couple. There was no sign of disputes; the couple seemed happy whenever they made a public appearance, but we didn’t know what was going on inside, right?

Layla and Lane Kiffin decided to have a mutual divorce in March 2016, ending the 12 years of relationship. They declared it to be a mutual decision.

The children were still their top priority, where both of them were allowed to see them as desired even after the separation.

The unverified rumors of Lane Kiffin with an unknown Alabama lady were a trigger to their relationship. This lovely couple started showing the signs of disputes then, and again he was connected with Kristen Saban, the daughter of Nick Saban.

Lane Kiffin, however, denied the allegations and declared it to be just the rumors and nothing else. Although rejected, these are the supposed factors to end the 12 years long relationship.

Layla Kiffin’s husband, Lane Kiffin, born on May 9, 1975, is a former football player working as the head coach for the University of Mississippi. Until 2017, in the history of the National Football league, Lane Kiffin was known to be the youngest head coach.

Her husband, Lane Kiffin, was also the head coach of the University of Tennessee Volunteers and Oakland Raiders.

Lane Kiffin has a sports energy hereditarily transferred from his father, Monte Kiffin, who was involved for a long time in a National Football League as a defensive coordinator.

Lane Kiffin is single as of now after divorce from Layla Kiffin.

While in Franklin, Bruce told a group of fans that he was trying to date Layla Kiffin but that it wasn’t working out too well for him.

Tosh.0 is a skit that airs on Comedy Central. The show took a shot at Lane and Layla Kiffin.

The skit was about Lane having a public access TV show called Kiffin Krimson Korner.

The role of Layla is played by a model and UFC ring girl, Chrissy Blair.

Layla Kiffin’s exact net worth is hard to estimate as she earns for herself and is an ex-wife of a famous football coach.

The figure we provide may do injustice to her actual net worth.

After the divorce, Layla became $250k richer. Based on the amount received,  it is estimated her net worth to be around $2 million.

She lives in a rented house in Manhattan Beach, which costs $10k a month.

On the other hand, her ex-husband has a net worth of somewhere between $6 million – $10 million

The couples, even though separated, are still in contact with each other and are maintaining a good relationship, and are connected on social media platforms.

Layla Kiffin has been enjoying her motherhood and is taking great care of her children.

After the divorce from Lane Kiffin, she contributed her time to developing her career and raising children.

She has maintained a good relationship with Lane Kiffin now as well.

She has been living on the beach in California, Manhattan Beach, with her children.

She was regularly posting on Twitter, but she has been inactive for a long time on Twitter for now.

Layla seems to be happy to be enjoying her single life with her children.

Where is Layla Kiffin now?

After the divorce, Layla Kiffin has been living in California, Manhattan Beach, with her children.

Who was Lane Kiffin’s wife?

Lane Kiffin’s wife is the daughter of John Reaves. Her name is Layla Reaves Kiffin.

Where does Layla Kiffin live?

What is Layla Kiffin doing now?

After the divorce, Layla Kiffin has contributed her time to raising her children and developing her career. However, she still has a good relationship with her ex-husband, Lane Kiffin.

What happened to Layla Kiffin?

Layla Kiffin filed for divorce with Lane Kiffin due to irreconcilable differences. Both of them separated in March 2016 and are now co-parenting their children.

Layla stays away from the media.

Who is Layla Kiffin’s father?

John was a quarterback for 11 seasons in the National Football League.

How much did Layla Kiffin gain as a divorce settlement?

Layla Kiffin gained more than 34.5% of her husband’s earnings as her divorce settlement. 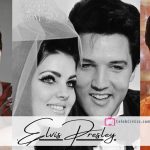 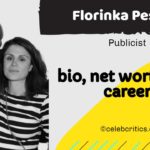 Next Story
Florinka Pesenti bio, relationships, career, and net worth