Who is Lisa Wu?

Lisa Wu is an American actor, TV star, realtor, screenwriter, and designer. She is mainly known for appearing in American reality shows like “Real Housewives of Atlanta” and “Hollywood Divas.”

Before becoming a reality star, Lisa Wu was a backup dancer for artists and bands such as Public Enemy and Candyman. In addition, she rapped in a group called 19. Lisa Wu has also produced and acted in films such as Black Ball, The Internship, and At Mamu’s Feet.

Aside from her involvement in the entertainment industry, Lisa Wu owns a real estate company, a jewelry line, and a baby clothing line. She has also co-authored a book called “When The Cake Is Made.”

Likewise, Lisa is due to release a children’s books series called Sydney’s Adventures and a self-help book inspired by her experience called “Evolve.”

Until 2002, Lisa Wu was married to singer and songwriter Keith Douglas Sweat. They have two sons, Jordan and Justin Sweat.

Following her divorce from Keith, Lisa Wu married former NFL player Ed Hartwell. The couple has a son named Ed Jr. However, she divorced him in October 2011.

Currently, Lisa Wu is dating a man named Robbie, an entrepreneur who owns a Body By RR clothing brand.

On January 23, 1971, Lisa Wu was born in Inglewood, California. Wu’s father, Stanley, is of Chinese descent, and her mother, Victoria Brislis-Wu, is Afro-Caribbean.

Since Lisa’s birthday is on January 23, her sun sign lies under Aquarius. As an Aquarius, Lisa is the type of person who finds it very easy to acquire new skills and is always searching for new experiences.

Lisa stands 5 ft 3 inches tall and weighs about 58 kg. She has a beautiful pair of black eyes and luscious black hair.

In one of the Real Housewives of Atlanta episodes, Lisa revealed that she and her family had faced racial discrimination in the neighborhood she grew up in due to their biracial background.

Lisa was first married to her longtime R&B singer-boyfriend Keith Sweat in 1992.

The couple gave birth to two children, Jordan Sweat in 1995 and Justin Sweat in 1998. Unfortunately, as described by Lisa, Sweat’s destructive behavior led to the divorce in 2002.
Lisa and Keith had an ugly custody battle in 2008. Sadly, Lisa lost the custody judgment during the session and noted that “the children lacked structure in their lives due to their mother’s numerous business ventures and frequent trips out.”

As part of the judgment, the court noted Lisa’s excessive spending on herself rather than providing for her children. In addition, her covert stealing from Sweat in front of her children questioned Lisa’s maturity.

The case came in favor of Sweat despite evidence of Sweat’s violent behavior towards Lisa. However, the court reasoned that there was no record of violence toward the children.

Additionally, the court said Lisa had the right to visit her children. But Sweat reportedly rejected her legal rights.

However, she has never spoken about her two boys in her show.

In 2006 after four years of her divorce, Wu married American footballer Ed Hartwell and welcomed their son Edgerton Hartwell Jr. in 2007. In 2007, however, the couple’s happy story came to an end when they declared bankruptcy, which led to the foreclosure of their home.

Sadly, because of financial difficulties, the couple divorced in 2010, which Wu confirmed on her Twitter handle but mentioned it was nothing to do with money.
Today, the Diva enjoys a healthy friendship with her ex Hartwell and is happily co-parenting Edgerton Hartwell Jr.

Likewise, currently, Lisa is dating an entrepreneur named Robbie. Lisa frequently posts pictures of her spending time with Robbie on her Instagram account. Robbie has a clothing brand, “Body by RR.”

Lisa Wu began her career as a background dancer for music artists and bands like EPMD and Candyman. She was also part of the rap group 19. However, she later decided to focus on acting.

In 2003, Wu wrote and starred in her first Hollywood film, “Black Ball.” It revolved around a racist real estate agent.

In the years following her success in her debut film, she worked on films like “The Internship,” “Computer Love,” and “Envy or Greed.”
Lu has been in the entertainment industry for a long time but made her mark on “The Real Housewives of Atlanta.” She appeared on the show for the first and second seasons in 2008-9.

Lisa is currently working on her new project called “Stripped,” where she will be starring in the lead role. Lisa Wu is all set to star in Titled Rift’s project, dated to release in 2021 and has her eye set on The Emmy for her role in the movie.

Likewise, she is also developing multiple television shows and shooting new features she has written and produced.

Apart from her variety of business ventures, Lisa has also co-authored a book called “When the Cake Is Made” and her co-writer Miasha Coleman.
Read more about your favorite celebrities and their life.

In the show, Lisa Wu Hartwell is portrayed as a 44-year-old socialite living in a posh country club who lives a fast-paced life as a businesswoman with three beautiful sons.

By bringing people together, she often tries to be friends with everyone.

They ended her contract with “The Real Housewives of Atlanta” after 2009 as she stated that the presenters demanded more on her personal life and husband, to which she disagreed.

The following year, in an interview, she stated that she did not feel the show to be genuine due to its creative difference from what she is about.

Lisa Wu has avoided multiple controversies, unlike other Real Housewives. Still, the fact that she is a reality star somehow does not eliminate the possibility of controversy.

In 2015, rumors started to fly that Lisa was kissing Real Housewives of Atlanta’s another star, Cynthia Bailey’s husband Peter Thomas, in a viral video.

Peter Thomas was an American announcer and television program narrator in shows like Nova and Forensic Files. In the viral video, Peter was caught on the camera kissing and caressing the breast of a woman who was not his wife, Cynthia Bailey.

Lisa Wu denied the allegation but had jokingly stated publicly that the woman in the video did kind of resemble her. She added, “I can see why people say that, but they know who the lady is—not me!”

Currently, Lisa Wu’s net worth is around USD 100,000, which she has earned by staring in several movies, reality shows, and different businesses. Likewise, according to some sources, she reportedly earns USD 60,000 to USD 75,000 per annum.

Lisa Wu owns an Instagram account under the username @1lisawu, where she has more than two hundred thousand followers. Her Instagram is full of pictures of her family and going on expensive vacations with friends and her boyfriend, Robbie. 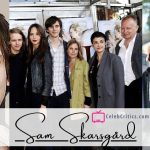 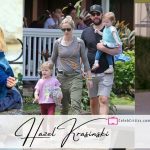