Who is Manny Montana?

Manny Montana is an American actor best known for his role as Rio in the NBC series “Good Girls”. The popular actor was also portrayed as Johnny Tuturro in the USA Network series “Graceland”.

An aspiring football star, Manny was enrolled at California State University with a football scholarship, a sign of his amazing football talent. However, fate had it that he couldn’t continue his football dream for long. It was his dislocated shoulder joint that was the reason. It wasn’t just once or twice either. He suffered the injury eight times as a result he finally had to give up football! He later did his majors in Journalism and Broadcasting.

Born and raised in Long Beach, California, Manny Montana comes from a humble background. With his father working in a warehouse and his mother doing odd jobs, Manny always believed you had to be from a prominent family to be a successful actor. It is the reason Manny never openly talked about wanting to be an actor.

However, his natural talent for acting finally led him to his role as Johnny after working in a number of student films. It was this role that finally gained him recognition among his fans.

1. Manny Montana is of Mexican Decent

Both of Manny’s parents are Mexican.

Manny Montana was really passionate about football. He also was really good at it. A football scholarship winner, he had to quit football after injuring his shoulder for the eighth time.

3. Manny Montana believed acting was not for “Normal” family

Manny was into acting. But he could never express his dreams openly as he thought an acting career was not possible for someone coming from a normal family.

Manny Montana was born on 26 September 1983 in Long Beach, California, USA. He was born in a rather humble family. His parents would usually be busy with their work. So, he spent most of his childhood with his uncle and aunt.

Manny grew up in the same locality and got his early education at Jordan High School. He was a star football player. This was the reason he received a football scholarship at the California State University Sacramento. However, he couldn’t continue his passion.

Manny Montana suffered from a shoulder injury that had him quit football. So he later graduated with a major in Journalism and Broadcasting from the California State University, Long Beach.

It was during this time that he pursued his other dream of becoming an actor. He was a DJ at the student school radio station. This experience helped him get an intern position with Power 100.3. Later, he began acting in several student films that eventually landed him his breakthrough role of Johnny Tuturro in Graceland.

Manny Montana’s father is Mexican who has always been supportive of his career as an actor.

Manny Montana’s mother’s name is Martha Aldrete. She too is of Mexican descent. Manny’s regular social media posts with his mother show how close he actually is to her.

Manny Montana has three brothers, one older and two younger. He and his brothers regularly post pictures of them having fun together. Their funny pictures and posts are the example of a perfect sibling relationship.

He is the elder brother of Manny. Born on April 22, 1982, he too is an actor. You can see his acting in the TV series Hollywood and short movies Foil and My War.

The younger brother of Manny, he is the co-creator of How Do I Know You?!

He is another younger brother to Manny.

This might sound heartbreaking for many of his female fans, but Manny is already married. He is happily married to his stunning wife Adelfa Marr since 2015. A blogger and a life coach she has also appeared in the episode of Good Girls alongside her loving husband.

The couple has a perfect husband-wife relationship. He often quotes his wife as his “rock and support”. In one of the interviews, he says,

“Outside of acting, I’m married to my best fucking friend. She’s my fucking rock. It’s so funny man, you always wish you find that ideal marriage, whatever that means to you, and you want it but in the back of your mind you think it’s far-fetched. I found that shit, man. We do everything together… my wife – I mean, me and she got together so fast and everything came together so fast.”

Would we need more examples to show how madly he actually is in love with her?

Adelfa too thinks her husband is the best actor she has ever seen. She is very supportive of her life partner and is usually seen with him in his movie premiers.

If you thought Manny was quite a family man wait until you see know what a loving father he is. Yes, Manny has a son and a very adorable son he is.

Manny has indeed done a great job safeguarding the identity of his son. He often talks about how he enjoys spending time with his family. He says “Having a baby has made me realize a kind of love I never knew existed before”.

Manny Montana has his fair share of controversies. The one related to Good Girls though has been the talk of the town. The show which was informed to commence shooting from spring 2022 was canceled. There is a rumor that the reason behind the cancellation is Manny. Manny has been accused of refusing a pay cut-off and complaining about rescheduling.

Many of his fans are however not ready to believe the accusations on Manny. They instead are blaming the show and NBC network for having used Manny as the scapegoat to cancel the show.

Manny Montana is indeed a popular name in the American movie industry. His heart always was on acting though he shared this dream with very few. As he himself says “I shared my dream of acting with very few as for a normal family like mine, the idea seemed far-fetched”.

However, starting from few small roles in TV shows, it is impressive to see how far he has come. His role as Johnny Tutorro in Graceland, Loranzo in Blackhat, and Rio in Good Girls earned him wide popularity and fan following.

He is a heartthrob, many girls find his cute smile quite attractive. We hope to see him in other new projects in near future.

Manny is active on Twitter as well. He has 2204 followers and following 24 accounts.

Manny Montana’s net worth 2021 is estimated to be around $83 million including his house in California and the cars he owns. The primary source of his income is his career in acting.

Manny’s parents are both Mexican. So you could say he is a first-generation Mexican- American.

How old is Manny Montana?

What else has Manny Montana been in?

Manny is a passionate football player. He even is a football scholarship holder.

Why is Manny Montana so rich?

Manny is a well-known face in the Hollywood movie industry. He has portrayed several famous characters in movies and TV series. This has earned him not only a name but also has made him rich.

Who is Manny Montana dating?

Manny Montana is happily married to Adelfa Marr. They have been married since 2015 and are madly in love with each other. They even have an adorable son.

The chemistry between the two co-actors of the Good Girls appears seamless. However, in professional life, the two actors have a very formal relationship.

Does Manny Montana have a neck tattoo?

Manny is famous for his role as Rio in Good Girls. Even famous must be the neck eagle tattoo Rio has in the series. But in real life, Manny doesn’t have any tattoos. So yeah, sadly for his fans his neck tattoos are fake. 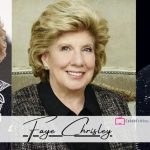 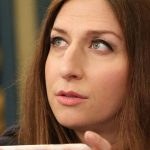 Next Story
‘Brooklyn Nine-Nine’ might return with this fan favourite