Who is Nicole Brown Simpson?

Sometimes, your prince charming can be your biggest enemy, even your murderer.

It very much summarizes the life of Nicole Brown Simpson. She was the ex-wife of former footballer Orenthal James Simpson aka O.J. Simpson. The couple tied the knot in 1985.

Nicole suffered years of domestic violence from her husband, O.J. Simpson. And she finally broke their relationship in 1992. O.J. Simpson is a former footballer, actor, and convicted robber and kidnapper.

The tragic love story ended up on June 12, 1994, when Nicole Brown Simpson got murdered. Nicole and her waiter friend Ron Goldman were found dead in her home in LA, United States. Nicole’s ex-husband, O.J. Simpson, was the prime suspect of the murder case.

On May 19, 1959, Nicole Brown was born in Frankfurt, Germany. She was born to her father, Louis Hezekiel “Lou” Brown, and mother, Juditha Anne “Judy” Brown.

Her father, Louis, was an American while her mother, Juditha, was German.

Nicole Brown belonged to German-American nationality. Nicole’s mother was German, and her father was an American.

Nicole had a beautiful pair of brown eyes with blonde hair. She was a beautiful woman inside out. As per her birth date, Nicole belonged to the zodiac sign Taurus. As a Taurus woman, she was reliable, down-to-earth, and a very patient person.

Taurus woman is a woman of substance, who treats their body as a temple.

How tall was Nicole Brown Simpson?

What did she do for a living?

At the age of 18, Nicole worked as a waitress at Beverly Hills in a private club named ‘The Daisy.’ But, the other work details of Nicole Brown Simpson are not yet out in public.

Nicole Brown Simpson lived her life at 875 South Bundy Drive in Brentwood, LA, California. She resided there with her two children.
The place continues to attract people even years after the brutal murder of Nicole and her friend.

Who did Nicole Brown Simpson Date?

Nicole Brown started dating O.J. Simpson when she worked as a waitress. She was only 18 years old then. Except for this, there is no information about Nicole’s other relationships.

Nicole Brown Simpson and O.J. Simpson had two children together.

How was Nicole discovered?

Nicole came to recognition after she started dating O.J. Simpson in 1977. The couple first met each other while Nicole worked as a waitress in a private club in Beverly Hills. However, at that time, O.J. Simpson was still married to his first wife, Marguerite. Later on, in 1979, the couple made their divorce official.

When did Nicole Brown Simpson die?

The brown-eyed beauty, Nicole Brown Simpson, died on June 12, 1994, in Brentwood, Los Angeles. Nicole got killed along with her waiter friend Ron Goldman.

How old was Nicole Brown Simpson when she died?

Nicole Brown Simpson was just 35 years old when she lost her life.

Sources suggest that it was O.J. Simpson who killed Nicole Brown Simpson. Nicole had filed for domestic violence against O.J. Simpson several times. It was before their divorce in 1992.

The couple tried to reconcile in 1993 after one year of divorce but failed it. Nicole also recorded the domestic violence she suffered in her secret diary.

Nicole reveals the pattern of abuse. She recorded 60 occasions when O.J. Simpson brutally kicked her in hotel rooms and cars.

The police found her dairy on her safe deposit box. They also found photos of her wounded face and O.J. Simpson’s apology letters.

“1st time he beat me up after Louis + Nanie Mary anniversary party. He started on the street corner of NYC 5th Ave at about 9 (pm).”

“Threw me on the floor, hit me, kicked me. We went to the hotel where he continued to beat me for hours, and I continued crawling for the door.”

“Smashed my car (white Mercedes) with Baseball Bat after visiting Tommy Hughes. He greeted me at the gate. I was too afraid to get out of the vehicle. He did it because I was late, about 7-8 pm.”

“Eric & Val Von Watts. Listened to music at my place on Wilshire (Blvd in Los Angeles).”

“After we finished our drinks, we left. (Simpson) beat me up so badly at home. Tore my blue sweater and blue socks completely off me. I went to the hospital on Wilshire, pretended it was a bicycle accident.”

The level of disgust does not stop here. O.J. Simpson once tortured his wife Nicole on January 10, 1988, when she was two months pregnant with their son. The evil O.J. Simpson had demanded an abortion.

“He locked the door again. I buzzed. Do I have to go to tonight? (Their daughter) Sydney’s sleeping; it’s late. Let me tell you how serious I am. I have a gun in my hand, get the f*** out of here.”

Nicole Brown Simpson’s fairytale love story turned out to be her biggest nightmare. The series of events never stopped. It went on until June 12, 1994, when the murder of Nicole and her friend occurred.

How many times was Nicole stabbed?

According to the autopsy report, the murderer stabbed Nicole seven times in the neck and scalp area. She had a 14 cm-long cut across her throat.

Nicole’s neck wound was so severe that it had pierced to a depth of 1.9 cm into her cervical vertebrae. She had defensive wounds on her hands. She died an excruciating death along with her friend Ron Goldman.

What was Nicole and Ron’s relationship?

Why was Ron Goldman at Nicole Simpson’s House?

Ron Goldman worked at ‘Mezzaluna Trattoria.’ It is a restaurant where Nicole and her mother dined together early in the day.

Nicole called Ron to tell him that her mother accidentally left her sunglasses on the table. She requested him to drop the glasses at her home after Ron completed his office work.

Ron agreed to drop them at her house after work. It is why Ronald Goldman was at Nicole Brown Simpson’s home on June 12, 1994.

Nicole Brown died in a pool of her blood, but her feet had no bloodstain present. Hence, it justifies the fact that Nicole Brown Simpson died before Ron Goldman.

Did O.J. Simpson go to jail for Nicole’s murder?

Considerable evidence got acquired from the murder scene against O.J. Simpson. But, he got acquitted on October 3, 1995.

People defended O.J. Simpson and claimed that racist police officers framed him. But, in a 19997 civil trial, the judges held him liable for the murder of Nicole Brown Simpson and Ron Goldman. O.J. Simpson received a fine of $19.5 million in damages to the victims’ families.

But, karma paid off. O.J. Simpson went behind bars for breaking into a Las Vegas hotel room and taking sports memorabilia.

Glen Rogers, popularly known as “The Cross-Country Killer,” is an American serial killer. Reportedly, Glen Rogers confessed to the police that O.J. Simpson hired him. O.J. Simpson ordered him to break into Nicole’s house, steal the precious ornaments, and kill her if needed.

There is no other information on the relationship between Nicole and Glen.

Did Nicole Brown hire a painter?

Nicole Brown Simpson’s funeral happened on June 16, 1994, at the St. Martin of Tours Catholic Church. in her family and children’s presence.

Nicole Brown was buried in Ascension Cemetery in Lake Forest, California. May her departed soul rest in peace.

The movie presents the alternative theory of the murder, which got highly criticized. The cast of the film “The Murder of Nicole Brown Simpson” are:

The net worth of Nicole Brown Simpson was at an estimated $1 million. She lived a very lavish life with her two children Sydney Brooke Simpson and Justin Ryan Simpson. 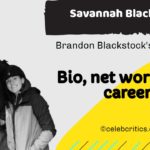 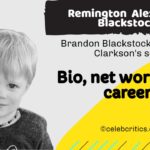