Who is Samaria Leah Wisdom Smith?

She is well known for being LL Cool J’s second daughter.

In this article, we will read about the life of Samaria Leah Wisdom Smith

Besides being the daughter of the famous LL Cool J, Samaria is a well-known Instagram Influencer/Model (Fashion, Fitness) with 330K followers.

2. She is dating Jordan Fuller

Samaria Leah is dating Los Angeles Rams’ Jordan Fuller. The couple is a famous duo whose relationship is supported and blessed by their followers.

3. She has an Entrepreneur Best Friend

Elisa Johnson and Samaria Leah Wisdom Smith have been best friends since their High School Days. Samaria owns a clothing line & on the other hand, we have Elisa Johnson, the owner of one-of-a-kind eyewear.

She completed High School at Campbell and got a Bachelor’s degree at the US State University. After graduating from High School, she started modeling at Karl Kani.

She also attended the Fashion Institute of Technology (FIT) and attained two degrees. One was in Fashion Design; the other was in Fashion Merchandising.

According to her official business page, Samaria has always resisted her mom’s attempts to dress her as a child. Samaria changed her clothes 3 to 5 times a day.

Samaria cut, altered, and distressed her everyday clothes as she grew up. But, on the whole, Samaria has always been interested in Fashion and Designing.

Samaria is the second daughter of James Todd (LL Cool J) and Simone Smith. The couple first met in 1987 and got married in 1995.

In an Interview, James revealed that the couple met through Simone’s cousin for the first time. It was Easter & LL Cool J was driving his mother’s car. He then saw his friend and stopped the car to say Hello.

After greeting his friend, the friend asked LL Cool J to meet his cousin. He said he had some other work. However, after looking at Simone, he replied,

“Oh yeah! I would like to meet your cousin.”

Simone is the wife of the famous Rapper and producer LL Cool J. She was born on March 31, 1968, and is a Jewelry Designer. Simone owns a Charitable Jewelry Line named the Sweet Touch Of Hope.

James Todd Smith, famous as LL Cool J, is a Hip-Hop star (Rapper), Actor, songwriter, and record producer. Besides being a renowned personality, James is also an entrepreneur.

His grandparents raised LL Cool J at St. Albans, Queens. He started rapping at the age of 10, influenced by the Hip-hop group named The Treacherous Three.

James has won several Grammy awards for his music. He is also in the cast of many movies/TV series: S.W.A.T, In Too Deep, and Any Given Sunday.

He is also the author and co-author of the books titled: I Make My Own Rules, The Winner Is…, The Platinum Workout, and Autobiography.

Born on September 18, 1989, Najee is the eldest child of LL Cool J and Simone. Najee graduated in 2014 with a degree of Bachelors in Fine Arts. He is now a professional Photographer.

Born on January 31, 1991, Italia is the second child and first daughter of James Smith and Simone Johnson. Italia studied Business Administration at Northeastern University. She is a Licensed Real Estate Agent by profession.

Italia got married on June 17, 2017, to Lamar Cardinez. She has two children, a son and a daughter.

Born on August 9, 2000, Nina is the youngest child of James and Simone. As of 2019, Nina is a singer officially with the release of Call Me. Her stage name is Ninabandz.

She is also a YouTube vlogger and has appeared in Oprah’s Next Chapter with her parents.

In a YouTube Vlog, Nina expressed what it was like growing up with wealthy parents. It was not like, You have money, so you can get whatever you want, she added.

Get good grades & you can get this, Nina added later on. She emphasized that they worked hard to get the things they were given. The children weren’t spoiled because of their wealth.

Samaria Leah has been in two relationships so far. Her previous relationship was with Shameik Moore & her current one is with Jordan Fuller.

Shameik Moore, famous for voicing Spider-Man, was born on May 4, 1995. He is an American Rapper, Dancer, Singer, and an Actor. Samaria dated Shameik in 2020.

Born on March 4, 1998, in New Jersey, Jordan is an American Football Strong Safety. According to Jordan’s Twitter posts, he is the son of the musician Cindy Mizelle.

The professional athlete has been dating Samaria since 2021. The athlete recently won the 2022 Super Bowl Champions. Samaria also attended the game to cheer for her boyfriend, Jordan. The couple shared beautiful pictures on social media after the match.

Nick Robinsons and Samaria went to Senior Prom together. Nick revealed they went to prom just as friends and had nothing going on between them in an interview.

As of now, there are no issues with Samaria’s health. However, her mother, Simone, faced health issues previously.

In 2004, Simone noticed a lump in her leg and was diagnosed with Chondrosarcoma Stage III. Stage III Chondrosarcoma is a rare bone cancer developed in cartilage cells or soft tissues near the bones.

This condition doesn’t show any signs of physical sickness. However, painful swelling and limited movements can be seen. Simone underwent reconstructive surgery for her leg.

This took her two and a half years to recover with rehabilitation. During her treatment and Surgery, Simone’s whole family was there with her. When asked what enhanced her recovery, she said praying helped her immensely.

After the completion of high school, Samaria began modeling at Karl Kani.

After college, she would travel to various local boutiques in different cities for vintage clothing and designs.

Samaria cut, altered, and distressed her everyday clothes to fit her body better. Then, slowly as people started noticing, they asked about her outfits.

That is when Samaria decided to launch her clothing line and founded SAMARIA LEAH. Its head office is in Sherman Oaks, LA.

Besides being an entrepreneur, she also is an Instagram model promoting fitness and fashion creatively. In addition, she was also a wellness model for the Present Youth.

Samaria Leah Wisdom Smith has not been a part of any controversies until now. However, there are controversies about her brother and father.

According to US Magazine, Najee was fighting with staff outside a restaurant in Manhattan in 2015. As a result, he was arrested by the police. Later on, statements of Najee being found intoxicated were given by the police.

He was charged with criminal trespassing. The charges were dropped in the same year in December.

Following the post of obnoxious television, a controversy arose in 2012. It was when Najee Smith uploaded a photo on Twitter where he was having sex inside the toilet.

The other controversy was regarding the #BlackLivesMatters movement for the George Floyd protest. LL Cool J made a Twitter post and expressed his feelings through a bi-racial people statement.

But the post received several criticisms. Some comments stated, How was it related to George Floyd? While the other wanted LL Cool J to delete the post.

Although there are no official financial statements, according to the sources, the net worth of Samaria is estimated to lie between USD 2 Million- 5 Million.

Her brother Najee earns USD 580,000 per year & Nina owns a net worth between USD 1 million to USD 2 Million.

Samaria Leah Wisdom Smith is an active user of Instagram and Twitter. She promotes wellness, fitness, and fashion through her accounts. Nevertheless, we also see some cute pictures of Samaria and her boyfriend together.

What is Samaria Leah’s Age?

What is the relationship between LL Cool J and Samaria Leah Wisdom Smith?

Nick Robinson was Samaria’s prom date at the Senior Prom.

What is Samaria Leah’s Net Worth?

Who is Samaria Leah’s Boyfriend?

You may also like to read about: Makena Lei Gordon Carnahan. 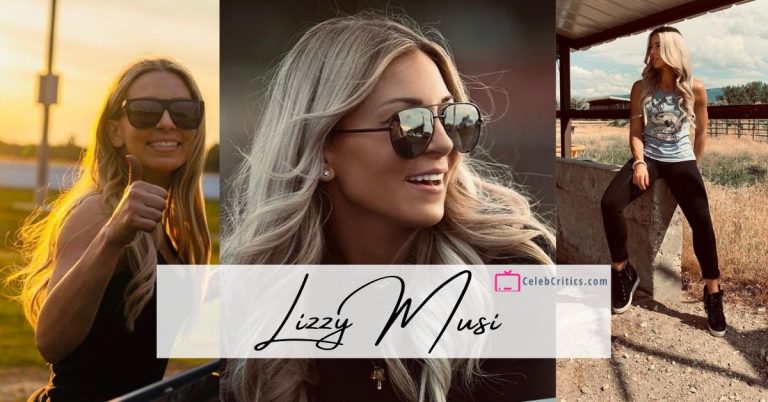 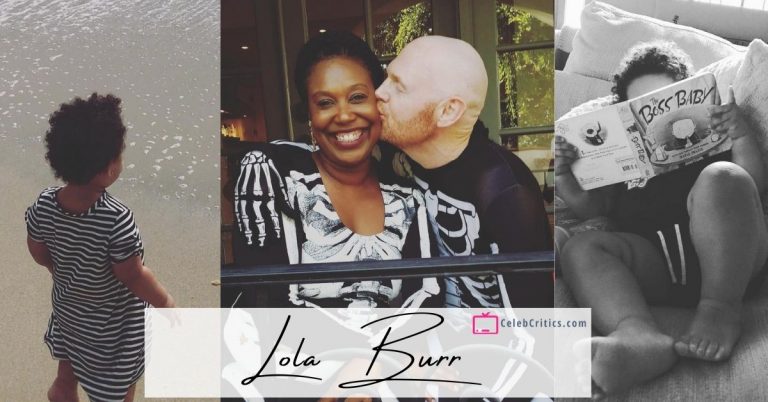 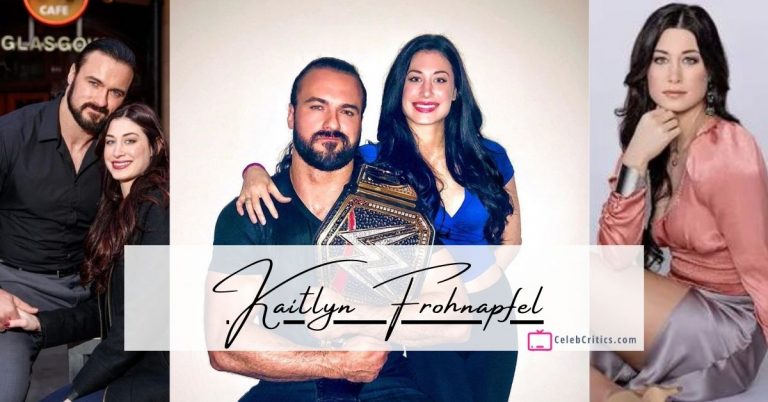 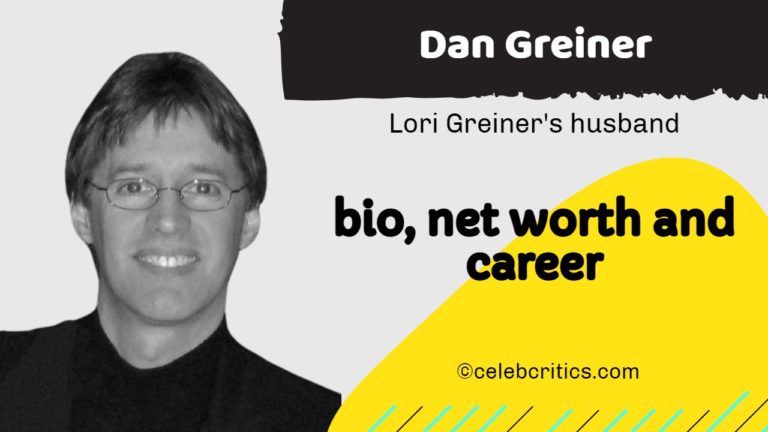