Scorpio is the eighth sign in the zodiac wheel. People born between October 23 and November 21 belong to this sun sign. The symbol for Scorpio is the Scorpion.

It is a water sign alongside Cancer and Pisces. Although it belongs to the water element sign, Scorpio is misunderstood and perceived as a fire sign due to its powerful and aggressive exterior.

This sign is often characterized by an intense and cold exterior, resembling its ruling planet- Pluto. Scorpios often go by misjudging because only a few can ever see their true and authentic side.

Let’s get to know this sign a bit better.

Characteristic traits of Scorpio – the good and the bad

You might have heard a Scorpio complaining about how people always get them wrong and that no one understands them. But is that really the case, or is their intimidating exterior to blame?

Scorpios are defined by absolute fierceness. They are unapologetically honest. A Scorpio won’t waste their time and will save yours too by not beating around the bush. They like to have straightforward conversations without going around loops.

Scorpios are quite the curious cats. They are rarely satisfied with the information presented to them and are always on the hunt for more. They can see through people easily and like to analyze people while keeping their true emotions under wraps.

However, a Scorpio is still someone who is in touch with their emotions. After all, it is a water sign! It’s just that they don’t let it out too quickly. Their intense nature is portrayed in their emotional side as well. They experience deep emotions but often tend to hide them due to the fear of looking vulnerable.

The honest Scorpio is also known to be faithful and loyal in their relationships. They dislike deceiving others and are ready to dedicate themselves fully. Therefore, they choose their partners wisely, and once they do, they are committed and faithful to them for a long time.

This dedication can be seen in other aspects of their lives, not only in relationships. Scorpios are focused and determined people willing to take the extra step to ensure that their job is done right.

Their determination enables them to aim high and work on those goals. Scorpios are ambitious people who thrive for success and move forward with the mindset to achieve. They are passionate people who are persistent in everything that they do.

People born under the Scorpio sign prefer to live independently. They aren’t so good at taking orders from others and like to be their own boss. They would much rather solve their problems by themselves than go around asking for help from others. This might also be because of their reserved nature. They dislike being seen as vulnerable, so often, they keep their troubles and worries to themselves.

Scorpios are also known to be observant. They are highly analytical and can catch even the most minor details that others may quickly look past. Moreover, they can recognize people’s true colors. They have a special quality of getting information from others while maintaining their privacy.

A Scorpio likes to be on the questioning side of the conversation. This is because they are meticulously paying attention to your words and analyzing your personality. They do this because it is essential for them to know whether the person they’re talking to is trustworthy or not, as they are usually secretive and private. Once they develop a liking for you, they will have a deep connection with you, and you’ll get a faithful friend in return!

They don’t open themselves up to others quickly. You need to earn their trust to see their true self. Otherwise, you’ll only see what a Scorpio wants you to know about them. If you’ve ever seen a Scorpio feeling vulnerable, or if they’ve opened up to you, then just know that you hold a special place in their life.

The poisonous arachnid that represents Scorpio does not quite represent their character. Scorpios have a pure heart and do not carry ill intentions for anyone, as long as they don’t provoke them.

Passionate, caring, and loyal. Doesn’t that seem like a great set of traits that Scorpio has? Well, everything comes with a price as these emotions can get intense and overboard in the case of the fierce Scorpio.

The ambitious Scorpio tends to be equally jealous of others’ success. They want to be the best at everything and the first person to do it. This arises from their highly competitive nature.

Scorpios love a good challenge. They can make anything a competition. This sun sign loves to win and be the best. Such behavior might not be liked by other people most of the time. If you have to keep telling someone to relax and not make everything a win-or-lose situation, then you might be dealing with a typical Scorpio.

This is one of the reasons why Scorpios get the reputation for being intense and fierce all the time. They might come off as aggressive due to their competitive personality. But, on the other hand, they are reputed to be dominating and bossy, even though they hate it when others show similar behavior towards them.

That’s another negative trait of Scorpio right there. Their constant desire to be at the top of the hierarchy is not well received by the people around them. They want to assert dominance, and their ego rubs off negatively amongst others.

Scorpios are also notoriously stubborn. They believe that they know everything, and it isn’t easy to prove them otherwise. As a result, they have an unhealthy habit of always wanting things to go according to their wish.

Additionally, they are possessive about their belongings and even people that are close to them. They don’t want to share and like to keep things for themselves to enjoy.

While their honest attitude is appreciated, Scorpio’s honesty tends to turn into rudeness and disrespect. One may describe their way of speaking as ruthless or relentless. They are not afraid to hold back on their words and rage, especially when they are angry.

Scorpios share the same passion and intensity that they show in life in love and relationships too. They are not someone you would expect to have a fling or a short-term relationship with. But, when they’re in, they’re in it for good.

A Scorpio will not rush into a relationship with someone. They are doubtful beings, so you will have to work a lot to earn the trust of that special Scorpio in your life. And once you do, be sure not to break that trust as that is something a Scorpio cannot forgive.

This water sign will fall head over heels in love. The phrase “love makes you blind” suits a Scorpio perfectly. They are dedicated, loyal, and faithful towards their partners, and they want to give their all into the relationship.

After all, they spend so much time and thought into choosing a partner, so of course, they would want to treat them the best. Scorpions might develop attachments easily, but they only show their real feelings to deeply loved ones. They are also ready to make sacrifices for their beloved ones.

On the other hand, Scorpios might get a little possessive towards their partners in relationships. They hold their lovers very near to their hearts and do not want to share their attention with anyone else. So you can expect a little jealousy and possessiveness from a Scorpio in a relationship.

Scorpio compatibility with other signs

Scorpio’s zodiac sign is most compatible with Cancer and Pisces, which are also water signs along with Capricorn and Virgo. Similarly, Leo, Gemini, and Aquarius are the least compatible matches for Scorpio.

Career and professional life of Scorpio

A Scorpio is made to excel in the workplace. With their fiery ambition and focused determination, they are an unbeatable workforce within themselves. They are always looking for the next big thing in their career path and are always hungry to climb the next step in the ladder of success.

Scorpios also thrive in a competitive environment. Therefore, if they are in a competitive situation with their colleagues, you will surely see the Scorpio in the team emerging as the winner, and they will put their best effort into winning.

However, they do not like to be bossed around. They work best independently and overall will make great employees and bosses too. Psychologist/psychiatrist, researcher, chemist, and investigators are suitable professions for the people under the Scorpio zodiac.

The Scorpio sun sign is associated with the sexual organs in the human body. Therefore, they are prone to getting infections, allergies, and other diseases related to the reproductive organs, such as UTIs, STIs, and others.

They are highly emotional beings, so they may also suffer from mental health issues. 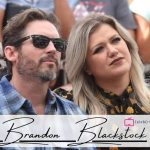 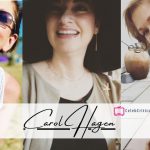