Who is Steve Quayle?

Steve Quayle is an author and a former publisher of Survival Quest and Security and Survival Chronicles –newsletters released monthly. It primarily dealt with different types of hazardous events and how to prepare for them.

For the past several years, Steve Quayle has voiced the need for Americans to be aware of bioterrorism and other weapons of mass destruction like nuclear bombs and missiles.

Steve Quayle had outmaneuvered mainstream media for years, implying detailed effects of bioterrorism via the publication of his book Breath No Evil. Preceding the publication of Breathe No Evil, Steven went on record predicting biological attacks in a large world city.

Three weeks after this prediction, a local Japanese cult released nerve gas in the Tokyo subway, affecting many commuters’ lives.

Steve Quayle’s personal life is not showcased on social media, nor has he made public comments regarding the matter. Instead, he leads a private life and hasn’t made public appearances with his family and relatives.

Quayle prides himself as being a “messenger of God’. Based on this idea, he has launched a website and has written numerous books. In addition, he has recounted several incidents that he had been foreboding.

He had mentioned in 1997 that the following year would bring unprecedented temperatures approaching 1300F, and in June of the next year, India hit a record high temperature of 1290F.

In another fascinating declaration, he said one year before the microburst in Root National Forest near Steamboat Springs, Colorado, that there would be winds approaching nearly 350 miles per hour.

At the time of his declaration, he was ridiculed by scientists who explicitly said that wind speeds of this magnitude were not v. Two hundred-year-old trees over a 30-mile stretch were all uprooted like twigs.

Likewise, many of his forecasting feats have been detailed on his website. He claimed to be the voice of God, and God channels these messages through him, and he conveys these messages to the world via his blogs and books.

His website also harbors a wide range of advertisements for varying products to boost his source of income. In addition, he has set up an online store through his website selling precious metals and satellite phones and set up a PayPal account so people can pay him to come up with different predictions and conspiracy theories.

Some of the comments that he has made regarding bioterrorism against the United States have led the public to believe that he indulges in bigotry and racial prejudice.

These comments sound absolutely non-realistic and seem to justify racism as a means of saving the United States from being a victim of bioterrorism. This has sparked quite a debate online.

From his successful career as a blogger and writer, Steve Quayle’s net worth is approximately USD 10 million. 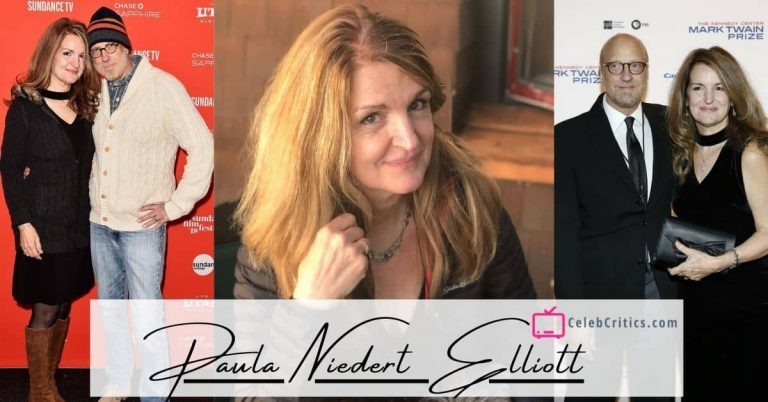 Who is Paula Niedert Elliott? There are many celebrities int he Hollywood whose fame got boosted…