Who is Zion Shamaree Mayweather?

Zion Shamaree Mayweather is his third child from Floyd Mayweather’s late ex-wife Josie Harris. If you are an avid fan of boxing, you must be familiar with the legend of Floyd Mayweather. He has been a professional boxer since 1996.

Zion is a name derived from the Hebrew Bible. It means the “land of Israel” and the “hill in Jerusalem where the city of David was built.”

In other religions, Zion means “utopia” or “holy place.”

Despite being private about his personal life, Zion has been significantly famous on social media platforms like Instagram.

He began posting photos on his account in May of 2012. So you can say that fame came to him at a very young age.

Today, Zion is a social media influencer and has more than about 23k followers on Instagram.

Here is everything you need to know about Zion Shamaree Mayweather and his fun-filled extravagant lifestyle.

Zion was born on March 28, 2001, to Floyd Mayweather Jr and Josie Harris. He has two siblings: an elder brother Koraun Mayweather and a sister named Jirah Mayweather.

However, he also has a step-sister named Iyanna Mayweather, making him Floyd’s third child.

2. Zion Shamaree Mayweather was born to a family of boxers

His father was also a boxing promoter.

Zion’s parents divorced in 2010 after his mom filed a case of domestic violence against him. Zion and his siblings witnessed all this when they were just kids.

On March 9, 2020, his mom, Josie Harris, was found unresponsive inside her car at her Valencia home.

Harris had died of an accidental overdose of mixed drug toxicity.

4. Zion Shamaree Mayweather is an entrepreneur

Being the son of one of the wealthiest boxers, he lives a luxurious life. However, Zion still strives to make a name for himself through social media.

He is the founder of “Philthyrichboys.” It is a company that promotes young talents. The company also has an online merch store. He also owns P.R.B. exotics, where he sells marijuana.

Despite coming from a boxing background, there has been no official announcement about Zion following his grandfather or father’s footsteps. However, there are some videos of him training for boxing with his father on YouTube.

On the other hand, Zion’s late mother, Josie Harris, was an aspiring actress and had worked on projects such as Exit 38, Starter Wives Confidential, and Good Day L.A.

Zion spent his childhood in L.AA. He completed his schooling from there along with his two siblings.

He also has a half-sister named Iyanna Mayweather (born May 20, 2000) from his father and ex-girlfriend, Melissa Brim.

Despite being born from different mothers, Zion and his siblings are pretty close to their half-sister, as it seems from their photos on social media.

Floyd Mayweather Jr is a former American professional boxer and boxing promoter. He was born on February 24, 1977, in Grand Rapids, Michigan, U.S.A.

He is the son of an American boxing trainer and a professional boxer, Floyd Joy Mayweather, Sr.

He is the father of five children, even though he has not been married once.

Josie Harris is the mother of Zion and his two siblings, Jirah and Koraun. Josie was Floyd Mayweather’s ex-girlfriend between 1995 to 2010.

Jorah is a YouTuber and a TikTok star.

Koraun Mayweather is the eldest child of Floyd Mayweather and Josie Harries. He was born in November 1999.

Koraun is a singer and songwriter who has his own YouTube channel named “King Koraun.”

Iyanna is Zion Mayweather’s step-sister born to his father’s affair with Melissia Rene Brim. She was born on May 20, 2000.

Devion is Zion’s stepbrother. He is the adopted child of Floyd Mayweather and his ex-girlfriend, Melissa Brim.

With Zion born at the end of March, his birth sign is Aries. Those who are born under the Aries sign are known to carry enthusiastic energy and are exciting.

Zion seems to be confident and motivated, which can be mainly witnessed through his cheerful Instagram posts.

Additionally, he was born in the year of the serpent, inheriting in him the strength of humor, sympathy, determination, passion, and smartness. Furthermore, he was born in the middle of Generation Z, and his horoscope traits seem to perfectly embody a person who is a part of the decade.

His life path number is 7, which means he has an admirable ability to see infinite possibilities in every person and situation. Similarly, his birthstone is Aquamarine, and his birth flower is Daffodil which symbolizes rebirth, new beginnings, promise, happiness, and joy.

Zion stands at the height of 1.73m, almost close to his father, and weighs about 128lbs.

He has a lean and ectomorph body type, but there is no doubt if he continues with boxing lessons from his father, he will put on muscles soon.

To date, there have not been any records or news of Zion’s relationship status. However, there were rumors about him having an affair with someone in his school before.

But since he has not officially announced anything about his relationship status, so for now, he is still single and is not dating anyone.

Regardless, there are no doubts every social media handle ranging from witting to Instagram will be buzzing if he is to date, anyone.

Although it is particularly unclear what Zion does for a living, having a celebrity boxer as a father, there is no doubt he will always be financially secure and does not need to worry about his career much.

But, with having a famous father, Zion has a significant social media presence on Instagram, and many see him as a social influencer.

However, with him turning 28 and stepping into adult life, he seems to want to be more independent from his father and make a name for himself.

The account mainly consists of photos of Zion, his sibling Koraun and their friends spending time together and doing things an average teenager would do.

Zion and his sibling claim the account is a space for young creatives to release whatever they want. Furthermore, they also organize and announce parties through the account.

As the name suggests, Zion and his friends are mainly seen hanging out, creating videos and music, promoting their merchandise, and posing/posting pictures enjoying their luxury lifestyle.

However, it is a great idea to utilize his social status to provide young and talented creators a platform to display their creativity through the account.

He had to serve 60 days of a 90-day prison sentence in 2012 for assaulting Harris in front of Zion Shamaree Mayweather, who was nine years old at that time, and his siblings.

In a voluntary statement, Harris revealed that Mayweather had tried to confront her for her relationship withN.B.A.B.A. point guard C.J. Watson. Instead, he started to punch her in the back of her head.

Likewise, it was also revealed that Zion’s elder brother, Koraun, had jumped from the house fence during the incident and managed to tell the guard at the security gate to call the police and an ambulance.

Years latT.M.Z. T.M.Z. reported that Mayweather had denied the domestic violence allegations, stating that he was restraining Harris, who was on drugs at that time.

Although 2020 was not a pleasant year for any of us, it had been extra hard on Zion and his siblings, who lost their mother on March 9, 2020. She was found unresponsive inside a car at her home in Valencia, California.

According to the U.S.A. Today, the Los Angeles County Medical Examiner-Coroner reported that Zion’s mother died due to an accidental overdose of mixed drug toxicity which was stemmed from Fentanyl and Alprazolam.

Although there are not many controversies directly connected to Zion himself, his half-sister Iyanna, also known as Yaya Mayweather, has managed to spark some controversy this year.

In May 2020, Yaya was arrested for assaulting N.B.A. star Youngboy’s baby mother, Lapattra Lashai Jacobs, with a deadly weapon.

T.M.Z.ording to T.M.Z., Yaya attacked and stabbed Jacobs twice, which has led to permanent damage in her arms. Likewise, she also sparked a rumor for uploading a video with a firearm while recreating a movie scene.

Although there has been no estimate regarding Zion’s net worth as it is difficult to evaluate his spending, his father has a whopping net worth of $450 million.

Likewise, Zion’s grandfather is also known to have assembled $1.1 billion. He was paid $300 million per fight. With such an amount and the number of other business ventures Floyd Mayweather owns, there is no doubt Zion and his other siblings mustn’t worry about their future.

Floyd is often seen posting pictures of him presenting expensive gifts like branded cars to his children, proving that he can provide a lavish lifestyle without them having to work hard.

Zion is often witnessed enjoying a lavish lifestyle. Most of his posts on Instagram under the name @zion_mayweather consist of pictures of him posing with expensive clothing, shoes, Mercedes cars, or extravagant diamond-studded chains and necklaces.

He also owns another Instagram account, @philthyrichboys, a space for young creatives to release whatever they want. They also host parties.

His username is @zionmayweather, and he has about 1,190 followers.

Zion was mainly known as the son of Floyd Mayweather, but his luxurious lifestyle has made him quite famous on social media platforms.

Despite having a chaotic childhood due to his parent’s tumultuous relationship, he still is close to his father. Likewise, although he lost his mother recently, his bond with his siblings and his half-sister Yaya proves that you can have the power and willingness to get over any hurdles in life with having your family around.

Although he is a social media influencer with a famous father, he is pretty private about his life and only occasionally shares pictures of himself enjoying his lavish life.

How old is Zion Shamaree Mayweather?

Zion’s mother, Josie, died of a drug overdose on March 10, 2020. She was found irresponsive in the drive of her home in Valencia, California. Paramedics sentenced her dead.

What does Zion do for living?

Being a son of a wealthy boxer, he doesn’t really have to do anything for a living. However, Zion Shamaree Mayweather owns an online merchandise store that sells teeshirts and basketball shorts.

He also owns P.R.B. Exotics– a sister company of Philthyrichbiys that sells marijuana.

Why did Zion’s parents separate?

Zion’s mother blamed his father for insulting her in front of her children. He also used to assault her physically.

Thus, they separated after she filed a case against him. Zion’s father, Floyd, served 90 days in county jail and had 100 hours of community service. He also paid a $2500 fine and attended a 12-month domestic violence program.

Do people still taunt Zion’s dad for his relationship with Josie?

Floyd has been known for abusing Josie, due to which he faced media scrutiny after Josie’s death. Due to this, he posted 15 photographs of himself with Josie on his social media.

What is Zion obsessed with?

Zion is obsessed with wristwatches and expensive jewelry. 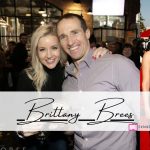 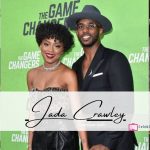